Renewables and the Cost of Conservation 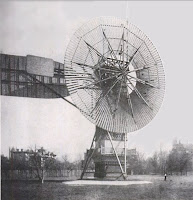 As you remember, I had a busy Tuesday, trying to deal with every aspect of my energy life. I wrote about most of these aspects in earlier posts. Today, I will write about the last two issues: renewables and conservation
Renewables
Vermont Energy Partnership (VTEP) just issued a good report on the status of renewablesin Vermont. As I have mentioned before, Coalition for Energy Solutions (I am a member) recently did a report on what types of renewables are possible for Vermont, Vermont Electric Power In Transition. These two reports make a good pair. The Coalition report discusses renewable possibilities in Vermont. VTEP describes the status of every good-size renewable project proposed for Vermont.
One nice thing about a small state is that things are understandable. Numbers tend to be in the multi-millions, not the eyes-glaze-over billions. Five wind farms are proposed. Fifty megawatts of renewables qualify for the feed-in tariffs. These are small numbers. A combination of our report and the VTEP report can give a person a good overview of the Vermont situation.
The bottom line is:
Renewables can be built and probably should be built, but they can't take over the load from Vermont Yankee.
It was late afternoon by this time, and time to drive ninety miles south to White River Junction, for my next meeting.
Conservation
I am on my town's energy committee, and I had to leave the Vermont Tiger meeting a bit early to attend a joint meeting of the energy committees of several towns. My second hotel meeting of the day, with my second set of sandwich-makings for a meal. Ah well, some days are like that.
There were a higher percentage of sandals at the conservation meeting compared to the Vermont Tiger meeting, and the Coolidge Hotel is definitely older, more modest, and funkier than the Burlington Hilton. But everyone who is on an energy committees knows something that a lot of other people seem to have forgotten. Even people who wear suits forget this.
It takes money for conservation!
That's all we talk about, we energy committee types. We talk about money. Mostly grants. Grants to retrofit our Victorian buildings for energy efficiency. Grants for lighting. But other issues also arise. Dealing with the selectmen about payback times for conservation investments. Transportation: what does a rural town do if fuel costs for the plows are its biggest energy costs? And so forth.
In economic analyses, people "fold in conservation" to show that renewables-and-conservation are cheaper than anything else. Really? If conservation is so cheap, why can't our towns afford it?
Conclusion:
Conservation, like renewables, is frequently oversold as an answer to energy issues.
It's been a tough week, and I plan to enjoy the weekend.
Posted by Meredith Angwin at 4:39 PM

For a few years I worked on biomass renewable energy development. Making electricity with anaerobic digestion of dairy farm manure or wood waste as part of a forest health restoration are examples of projects that have very good environmental attributes. However, no good environmental deed goes unpunished. There is always some environmental group from the big city ready with lawyers to fight any project.

I am also a big advocate of conservation. Low head shower nozzles have been required by code since 1986. Front loader washing machine and modern detergents (gone is TSP) do a very good job of washing cloths without hot water. Hot water heat pumps are more efficient but the pay back period for a $1600 unit is not very good because lower cost conservation measures reduce the demand.

The point I want to make is that the low cost solutions have been around for years. The cost of food and energy are now a small fraction of family income. I have grown bored with people with big houses and cars complaining about big energy companies. Of course the reason people choose the comfort of modern life style because it is affordable and the environmental impact is insignificant.

Kit. Thank you for the comment. I agree with most of it: there are low-cost conservation methods available. But once you have taken advantage of the low-hanging fruit, you are in the range of conservation options where the payback time on the capital investment is sometimes hard to justify, especially to an economically struggling town in Vermont. Hence the constant quest of our committees for grants and tax rebates and anything that can help.

As an aside. Why is it so hard to find a High Efficiency detergent for a front-loading washer (like ours) that is also scent-free? You'd think the same group that invests in front-loaders would be a clear target for non-perfumed detergent. For a while, I was able to get Tide HE scent-free, but then I couldn't find it anymore. I get the equivalent detergent from Sears now, but it takes a special trip to Sears, not the grocery store.

My wife finds Tide HE scent-free at Target.

I agree that you can not replace a nuke plant with conservation or renewable energy. In any case, it is false logic. Each is an independent variable that should be judged on its own merit. For example, new windows should have low-e glass but I am not going to replace pretty wood windows to save a little on electricity.

The only new concept since the 80's is radiant barriers. I put that in my attic on top of the fiberglass insulation for about $125. I had a little left over and put inside the blinds on west facing bedroom windows.

I am currently trying to patent a new invention called a share tree.

Wakey wakey folks its Sunday morning and time to get into action. This your backyard and the forces of the darkside just lobbed a softball at you in Burlington. Go get em.

Seth. Thanks for bringing this to our attention.

This article lobs a pretty soft softball. And actually proves my point. Renewables are good, but they aren't going to replace Yankee anytime soon in Vermont.

For example, for wind, what we HAVE in Vermont right now is 6MW installed capacity at Searsburg, and three projects (totally about 140 MW installed, or 40 MW considering capacity factors) moving along in the permitting process. Other projects face major challenges and their permit process is not progressing. Read the May 10 VTEP report on this.

The Green Building Advisor, a respected website and blog for people living green, suggests people resist the allure of small wind turbines, because their economics are so terrible.

The rest of the article seems to be the usual rant. Nuclear plants emit radioactivity! No actual numbers, no comparison with moving to Colorado or living on a granite outcrop or having a dental xray or a cross-country plane flight. Just fear-mongering 101.

Best of luck with your invention!

I have a friend who is a serious inventor, and I admire him a great deal. A couple times in my life, I thought of something sorta good (while working at a company) and management said "hmm, we should patent this." That's how my few patents came about.

Tide HE. It's a long way from my house to the nearest Target. Keene, New Hampshire. Over fifty miles. Sigh.