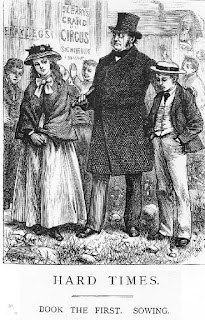 A Task Force
Windham County, Vermont, is home to Vermont Yankee. A recent Task Force from that area issued a report on what will happen (and what should be done) when Vermont Yankee closes.
The Task Force was formed by the Southeast Vermont Economic Development Strategy Planning Group. Task force members included businessmen, anti-nuclear activists, and people who serve on various commissions. I have not been able to find a website for the parent organization. (With a name that long, they should have no trouble getting a unique URL.) If anyone can find a web site for them, please let me know.
According to an article in The Commons, "the task force invited representatives from VY and the town of Vernon, where the plant is located, to participate. Both politely declined."
The town of Vernon refused to participate in this task force, but the Safe and Green campaign did participate. Very interesting. This could be a comment on how this supposedly bi-partisan task force was perceived, or it could be chance.
The Task Force Results
A short Vermont Tiger story ("Hard Times") about the task force gave me the idea for the illustration. You can read the task force report here.
Basically, the Task Force report agreed with earlier posts in this blog:
The report also predicts:
Mitigation Plans 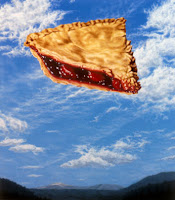 All those lousy effects are very predictable. However, the Task Force wasn't just supposed to define the problem, they were supposed to begin to cure it. In other words, they were to suggest "mitigation plans" and they did. Here are a few of the plans:
Well, now we know the plan.
---------
Howard Shaffer Describes the Public Service Board Meeting
Howard Shaffer has an excellent blog post at the ANS Nuclear Cafe:Back to the Vermont Public Service Board: Square One or Before! With all due respect to the various newspaper reporters, Shaffer does a better job of describing the three major issues in front of the Public Service Board. These issues are: when does the certificate run out, the effect of the federal court ruling on the Public Service Board, and spent fuel storage. Worth reading!
---------------
The Rally
On March 17 (this Saturday) we will be holding a rally at Vermont Yankee at 5 p.m. (shift change). I will blog about this tomorrow, and probably leave that blog in place through Saturday. If you live in the area and support the plant, I hope you can come! My earlier post about the rally is here.
-----------
Illustration from Dickens novel Hard Times. The pie illustration seemed to be various places on the web.
Posted by Meredith Angwin at 6:04 PM

It is inaccurate and misleading to say that "The town of Vernon refused to participate." Politely delining is not the same as refusing. And they may have declined to participate officially, but I for one live in Vernon, sit on its Finance Committee, and served on the task force.

On the other hand, Vermont Yankee, "on advice of counsel," refused not only to participate but to provide any updates whatsoever of factual information (like employment levels) which they had earlier willingly supplied in various reports and testimony.

If Yankee blows up, the US is in for hard times.

Thank you for the note and the link. I went to the URL you gave me for seveds.com. First I entered it in Google search, and that URL came up as associated with the right entity (Southern Vermont etc etc etc). However, when I clicked on the link, it told me that I did not have permission to access on this server, and additionally, a file-not-found (404) error appeared. Very odd. That's probably why my original search did not find it.

VY gave a reason--advice of counsel. VY won't talk about anything during the trials, and you should know why they have taken that stance. You were a reporter and editor and have covered other legal proceedings.

However, Vernon "politely declining" has no such reasoning behind it. So from my point of view, both VY and Vernon didn't participate. No matter how polite they were about it, they both "refused to participate" IMHO. But VY gave a reason.

Steveo, if a 10 km meteor crashes down on Vermont, the US is in for a hard time. Same probability (maybe greater, so you better worry about it before you complain about VY) as the likelihood that Yankee "blows up".

One thing I noticed about the so-called "plans" you listed to "mitigate" the effects of destroying VY is that they have one thing in common: government. Almost all of them seem to say, the state does this, "someone" (government) does that, blah blah blah. Its just one more step down the road to total dependence on the welfare state. Its just government, government, government with these people. I guess that fits pretty well into the overall plan for Obamanation, but I for one think it stinks.

Anon. As a practical matter, even the report notes that the state of Vermont has Irene clean-up ahead of it, and would be losing tax revenue if VY closes. The chances are close to zero that Vermont will send Windham County a bailout from the state general funds. In terms of the medical care, the issue in this state is single payer. The issue nationally may also be single payer, but in the short term, it's that we are going to run out of money for Medicare and Medicaid, as far as I can tell. So once again, this plan has very little chance of being put into effect.