Why Nuclear is Regulated at the National Level

On Sunday, March 4, my local paper, the Valley News, published a letter to the editor about nuclear safety and Vermont. The letter was written by David C. and Shirley J. Montgomery. I quote part of their letter below:
"For about 60 years, we've been subjected to a seemingly endless Republican advocacy in favor of "states rights."....a decision to run the aged Vermont Yankee reactor above its rated capacity for another 20 years could be seen as indifference to events (such as Fukushima)...The legalistic arguments seem to have carried the day to date (as far as we can see, the Vermont state government is being dismissed for being concerned about the well-being of its citizens)...Where are the states righters when something as concrete as this is at stake?"
States Rights in Vermont 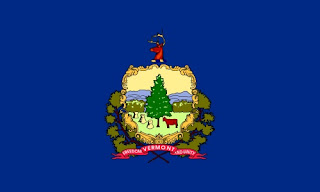 Many anti-nuclear protesters carry Vermont flags to the protests. (They wrap themselves in the flag?) They claim to stand for Vermont though they often live in Massachusetts. As I noted in an earlier blog post, states rights is no longer a dirty word to some people in Vermont.
Here is my letter that was was published in the Valley News on March 9.
--------------
Why the Feds Regulate Safety
A recent letter from David and Shirley Montgomery inquires why Vermont Yankee is regulated at the Federal level. The letter-writers would prefer state control.
Some complex technologies are regulated at the federal level by federal law. Airplanes (inspection, pilot licenses, mechanics licenses) are regulated by the Federal Aviation Administration. New drugs are approved by the Food and Drug Administration. Nuclear plant safety and inspections are in the charge of the Nuclear Regulatory Commission. Determining the safety of airplanes, drugs and nuclear plants takes significant specialized expertise. Also, it is best that important safety rules be applied on a nation-wide basis, not just locally.
It Could be a Race to the Bottom
However, these laws can be changed through our democratic process. If Mr. and Mrs. Montgomery want individual states to test drugs, inspect airplanes, or inspect nuclear plants, the federal laws can be changed. However, the probable result will be a race to the bottom. The states with the least oversight will get the most business. Drug approval and aircraft maintenance would move to "friendly" states, and nuclear regulation could vary widely between states.
This type of differentiation already happens in other areas. For example, Delaware's laws are welcoming toward corporations, and many American companies are incorporated there. Poorly-maintained ships fly the Liberian flag (flag of convenience).
In general, small governmental units are not well equipped to regulate complex subjects. The current system of federal regulation is better and safer. State regulation would be a change for the worse.
A Little About States Rights Advocates
Perhaps an aside, but I wanted to say this. The writers also claimed that "for sixty years, we've been subjected to a seemingly endless Republican advocacy in favor of 'state's rights'.." This is not correct. The state's rights segregationist movement was run by Democrats, not Republicans. The infamous State's Rights governors Orville Faubus and George Wallace ran and served as Democrats.
----
Endnote: After the letter was published, I received a note from a friend that Delaware is not mainly a pushover for corporations. Delaware's main attraction is that it set up an effective chancery court for civil lawsuits that involve companies in different states and different countries. I live and learn!
-------
Podcast: Yesterday, I was proud take part in this Atomic Show Podcast A Year After Fukushima. Rod Adams, Steve Aplin, Suzy Hobbs, Gwyneth Cravens and I talked about the accident, the coverage of the accident, and the implications for nuclear power. It was great to be on a program with such knowledgeable people!
Posted by Meredith Angwin at 4:16 PM

Great post. The former AG's article on Vermont pushing the boundary of Federal-State limits is illuminating.

There's a guest post on this blog: "Vermont and the Supreme Court." The post was written by Representative Koch of the Vermont legislature, and gives the history of some of Vermont's unsuccessful challenges to the Constitution. The post appeared on Feb 22 of this year.

There's something about small loud groups taking on the self-righteous task of determining what's best for the majority's own wallets, safety and standard of living. Someone SERIOUSLY needs to educate Vermonters on the health and eco virtues and worker/public mortality history of oil and coal generation. There's been WAY too little comparisons done all over and nuclear power is royally paying the price for that. Oh, have we suddenly forgotten that "clean" natural gas is a greenhouse FOSSIL FUEL too, Greens? I don't envy Meredith Angwin’s trials and toils with Vermont Yankee, what the media stacked against you. I support Indian Point, but not only can't I find a group, but how do you challenge the doom and gloom and "you will die" articles of the New York Times which is on the warpath against anything nuclear and sowing dark perspectives and misinformation on it at the most craven level? I don't even include the NYC metro media which are virtually all on its wavelength. Nuclear energy is doomed into a tiny niche in this country if there isn't a collaborative pro-nuclear media campaign to counter the anti-nuclear fearsteria.