Contact the Public Service Board about the Seabrook Power Purchase

Recently, I blogged about a Public Service Board (PSB) hearing that was scheduled for August 10. In this hearing the PSB asked for input about the Green Mountain Power purchase of power from Seabrook Nuclear Plant. The PSB has to approve that purchase.

Here's the PSB web page about the hearing. The power purchase is PSB Docket #7742.

About the Power Purchase

Recently, Green Mountain Power announced that it would purchase 60 MW of Seabrook Nuclear Plant electricity, at a good rate, to replace some Vermont Yankee power. I wanted to let the PSB know that I like nice, reliable nuclear power, but they should remember that we also have a nice reliable plant in Vermont. So I went to the August 10 hearing.

The hearing was held in six interactive TV studios in Vermont. Each studio had a technician in attendance, and several large TV screens so you could see the members of the Public Service Board, and also see images of all the other five studios.

I was the only member of the public present at any of the studios.

Lonely Splendor: I speak my piece 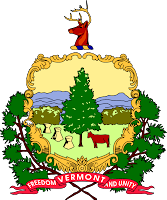 In lonely splendor, I testified for five minutes. I said that Vermont Yankee was also a lovely plant, so why were we sending our money and jobs to Seabrook. A few days before, I had sent an email on this subject to the Commissioners.

After I finished talking, the commissioners said they had "received and read" my email. This means it was not lost in a pile of emails! If you want to comment on this subject by email, your voice will also be heard. Here are the addresses. Mention Docket 7742.

For background information, here's a post I wrote recently on the subject of the recent power purchases, including Seabrook: Power Purchases in Vermont Not Really Replacing Vermont Yankee but Adding Greenhouse Gases

A post just about the Seabrook purchase: Nimby and Nukes

And a recent post by Vermont Law School professor Donald Kreis on related power purchases:
Transparency troubles for CVPS and its silent partner?

Strictly speaking, only the Seabrook purchase is open for comment on this docket, but I wanted to put this purchase into context.

First Action Item: write an email with your opinion of the purchase! In case you have forgotten: PSB.clerk@state.vt.us and vtdps@state.vt.us (Public Service Board and Department of Public Service).

Second: Remember that you can make a difference. I talked to the technician, and he said this kind of interactive meeting with the PSB was common. The PSB announces the meeting. Nobody shows up. The Commissioners and technicians go home after fifteen minutes (I didn't actually delay them, it turns out.) He said that occasionally an interest group will pack a meeting, but most meetings are just like this one. So if a subject is of interest to you, don't be shy. Go out and SAY something. You will be heard.

Posted by Meredith Angwin at 4:30 PM

Meredith. I have reading Yes VY for some time now. I tell people about it. In your blog you mention the economic trouble closing VY will cause. I'm sorry but I think you under state the trouble. I work at Indian Point and get to go to VY for some of their outages. IP sends about 25 to 30 people to help out at the outages. This is just IP. They also send people from Pilgram,Fitzpatrick,and Palasades. This means hotels,rental homes,campgrounds. Last VY outage I spent the outage at the local KOA campground. The campground was 3/4 full in April, because of people working at VY.Price Chopper increased it's sales during the outage. My point is this is also taxes that Vermont is not going to see by buying power from Seabrook.

In your opinion, is there any way that us out-of-staters can be any help? I suppose, for the most part, this is an internal VT issue, although I guess for people in some other North East states, it's quite probable that they buy power from VT Yankee too (I believe the plant only sells part of its power in-state), so I guess folks from those other states might have a concern which VT's state government might recognize as legitimate.

However, for people like myself in farther states, is there any way in which we can be helpful, or would we simply be seen as "carpet baggers"?

Tom. I agree with you.

I wrote a post about the outage before, but the video is no longer available. The video showed all the merchants really happy with the outage.
Here's the post, though.
http://yesvy.blogspot.com/2010/04/three-views-of-outage.html
I am very glad you read the blog. You are quite correct about the taxes and revenues of an outage. Also, sometimes the workers fall in love with Vermont and decide come back with their families for a vacation here.

Everyone underestimates the terrible economic consequences of closing the plant.

Excellent question! I wish I had a simple answer...

If you lived in New Hampshire or Massachusetts, I would say, just go ahead and write. More than half the opponents come in from neighboring states, including Maine. Since you live further away, I think it is more difficult.

For most people, I would immediately go into a sales pitch for the Energy Education Project, and it DOES need money. It supports my efforts and Howard's. Readers, please see the DONATE button on this blog!

You know why I am not saying this to you, because you already support of the Project!

You could email the Public Service Board, though, saying you are a nuclear supporter, don't live in the state, and why are they being so NIMBY? Or something like that. Be clear that you don't live here but you do support nuclear, and I think you can write.

If I have some politically-savvy readers, maybe you can help me answer Jeff's question?

Nice info, Meredith!. I wrote my e-letter as follows: I am a Vermonter who would like to comment regarding Docket 7742
regarding the purchase of New Hampshire generated nuclear power
to replace Vermont produced nuclear power.
I understand the motivations for power companies to desire to do this.
However, this action directly affects the futures of many Vermonters in highly skilled jobs,
contributes to erosion of the tax base,
and causes fear in the towns where these Vermont Nuclear workers live.
I am pro nuclear energy produced in Vermont and have to write in support of Vermont products before out of state products, if cost, quality, and sensibility dictates.
Please consider my comments as a Vermont citizen and consumer of electricity.