The Broken Window Fallacy, the Hurricane, and Decomissioning Nuclear Plants 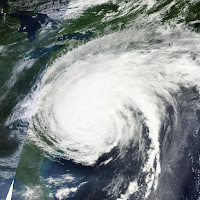 Vermont and the Hurricane
Many towns in Vermont will take a long time to recover from Hurricane Irene. My family and my home are fine, but I live in Windsor County. Here's Vermont Digger's article about Windsor County: Stately Windsor Country Towns Wracked by Irene. That news is several days old, and several of the towns now have power back, but it gives you an idea of what has happened.
Decommissioning
If the hurricane wasn't enough to depress me, I was also working on my second article about decommissioning.
My first article on the subject has been published at True North Reports: Decommissioning Vermont Yankee, the Governor vs. the Facts. Governor Shumlin had said that decommissioning Vermont Yankee would be a huge jobs bonanza for southern Vermont. In my article, I showed that the workers at Vermont Yankee would mostly laid off within six months to two years of plant shutdown. Shumlin had said hundreds of plant workers would still have jobs for many years.
This week, I worked on a second article to answer the following question: Though the plant people will be laid off, will contract hiring be a real job burst?
I finished the article, and it will be posted at True North Reports next week.
I won't keep you in suspense. The answer is "no." There won't be tons of new hires, and decommissioning will not be a jobs bonanza.
Trying to Find the Correct Question
As I was writing the article, I felt that something was missing. The amount of money that would be spent on decommissioning wasn't the biggest issue. Decommissioning the plant is destroying something. Even if if the process provides jobs (and it provides very few), I felt there was something wrong.
Then, in my local paper, I saw a Tony Auth cartoon about the hurricane. The cartoon shows a flooded house, with a tree down on top of it, and several workers near it. The workers are wading through water toward the house, and one says to another: "Finally, a second stimulus."
I realized what the problem had been about my decommissioning research. "Jobs from decommissioning" is just the Broken Window Fallacy in a new guise.
Destruction is not a stimulus.
The Broken Window Fallacy
The Broken Window Fallacy is the idea that if something is destroyed, rebuilding it stimulates the economy. This is not true, which is why it's a fallacy. As the video below illustrates, after the money has been spent for rebuilding, you are merely back to square one. No real value has been added.
Similarly, decommissioning a power plant takes away the plant's ability to create something valuable (electricity) and returns the land to being a pasture. We have plenty of pastures in Vermont. A new pasture won't add much, but taking away our one major power plant will subtract a lot.
Looking at the "jobs created" during decommissioning is like being happy that the stone hit the window in the video. As the video says: "If throwing the stone through the window is a stimulus, why not go further? Why not burn down the town?"
Hurricane Irene has done huge amounts of damage to Vermont. The state will test the Broken Window Fallacy with the destruction caused by the storm. Will this destruction be a jobs stimulus? (My own answer is "no.") Vermont doesn't have to do even more damage to itself by shutting down our major power plant.

photo of Irene in North Carolina from Wikipedia
End Note: This video ends with the idea that any money that the government spends hurts the economy. This is an oversimplification at best. I wish the video had not ventured into tax policy, but just made the one point that is the heart of the Broken Window Fallacy: Destruction does not stimulate the economy.
Posted by Meredith Angwin at 9:00 AM

The original broken window fallacy is from Frederic Bastiat, a French essayist and economist, who wrote in 1850. His original essay is at http://www.econlib.org/library/Bastiat/basEss1.html and the portion about broken windows is at section 1.6.

I wrote this last night, and scheduled it to go up this morning. I wanted to leave a full day for the Carnival post to be the top post.

Alas, when I looked at this post this morning, the video didn't appear. I have fixed that.

Meredith, You're right about this being another case of the broken window fallacy, but I think the bigger picture problem is that Vermont has no plans to replace the plant. Everything must be replaced eventually.

They are trying to get rid of the plant with no plan for replacement. Shumlin might support renewables. Fine. Where is the plan based upon rock solid commitments to build enough generation, storage, and transmission by 2012 to replace Vermont Yankee when they wantt to shut it down?

What kind of planner gets rid of a power plant with no actual, real plan to replace it. Giving vague assertions that renewable power hypothetically can replace the nuclear plant is a world different than actually bulding replacement capacity, which they are NOT getting done.

You are correct. I thought about "ultimate replacement" when I wrote this. As a matter of fact, I had a whole little section about replacing VY with Small Modular Reactors in 2032. Then I took the section out, for fear of muddying the story too much.

Basically, Vermont Yankee CAN keep operating for another 20 years: it has its NRC license. The baker's window could be replaced with a better window, but the existing window would be okay for quite a while if nobody throws a brick through it.

Eventually, things wear out. Eventually, things get replaced. Still, there is no reason to destroy useful objects (windows, power plants) while they are still useful. Vermont has no plans for a replacement plant, so they are simply breaking the window. As if we don't have enough problems in this state right now.

You last comment is the salient point. Shumlin is breaking the window and maybe spending a few pennies to sweep up the glass, but isn't putting in a new window.

There is the quality of job issue as well. Sweeping up the broken glass is basically janitorial work, whereas putting in a new window likely requires a bit higher level of job skill.