What is the Real Impact? Richard Schmidt on Strontium, Mercury and Potassium in Fish 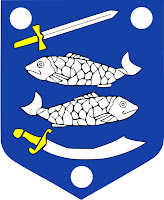 This opinion piece by Richard Schmidt ran as an editorial in the Brattleboro Reformer on August 26, 2011. Mr. Schmidt was kind enough to allow me to post it on my blog.

-------------------
Recently, the Vermont Department of Health (DOH) received a routine test report on one fish that was caught in the Connecticut River nine miles upstream from Vermont Yankee nuclear power plant in Vernon. The edible portion of this fish contained a very low but surprising level of radioactive strontium-90.

The DOH regularly monitors the environment for many such "radionuclides" to detect possible leakage from Yankee. This analysis of fish is part of that program.

Strontium-90 is a fission product that has spread throughout our environment predominately from pre-1964 nuclear bomb atmospheric testing, and is dissipating slowly with a 29 year half-life. Because strontium-90 is "hard to detect" and was detected in only one sample of fish flesh, a scientist will term such a result to be an "outlier." It lies outside of the norm. This subjects the sample and test process to scrutiny, and the result is held until further review. This is exactly what DOH has done by calling for more fish samples.

DOH said that they cannot associate low levels of strontium-90 with Yankee without supporting evidence. The DOH website also states that the result is "within the range of background strontium-90 in edible portions of fish reported in a 1971 study," prior to Yankee's startup.

Also, according to U.S. Department of Health "strontium-90 is a fairly constant part of the U.S. diet," and New York State has found similar strontium-90 levels in fish.

By taking more samples, DOH is doing a professional job and maintaining a scientific perspective on the matter.

But in a press conference found on YouTube, Governor Peter Shumlin blew this matter out of perspective when he called the strontium-90 level "high," attributed it to Yankee, and said that he would not eat fish from the river, although he did so as a boy.

He said this despite contrary information from his health department, and despite unwarranted damage to tourism. It appeared that his only purpose was to discredit Yankee.

The more significant question is about highly toxic mercury in our fish. Mercury in our environment is primarily due to coal-burning power plants, as coal contains mercury that is released from coal plant stacks. 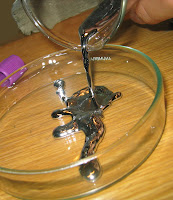 Vermont and New Hampshire and most states issue advisories to limit the eating of locally caught fish due to mercury. For example, the N.H. Fish and Game Department warns against eating more than four wild-fish meals per month, restricted further to one meal per month for children and pregnant women. Children and the unborn are particularly sensitive to this neurotoxin. There is no direct connection between mercury and Yankee because the plant releases none. But if Yankee is shut down, its power will be largely replaced by low-cost coal power.

Unfortunately for us, most coal plants are to the west of us; New York has 48. The prevailing winds will carry more mercury, cadmium, arsenic, particulates and other pollutants to our environment, to the detriment of our health.

The Environmental Protection Agency wants stronger pollution controls on coal plants. It estimates such controls would reduce deaths in the U.S. by 17,000 per year and reduce related illnesses.

Before making public statements about the fish, the governor should have asked "Is this strontium-90 significant?"

Let's compare the fish's strontium-90 radioactivity to the natural radioactivity that we ingest with fish and other foods, which contain the essential nutrient potassium and its inseparable radioactive isotope potassium-40.

What is the Real Impact?

In truth, neither the strontium nor the potassium are significant hazards at all.

The question "Is this material significant to my health?" was completely lacking in this case. The real health impact of Gov. Shumlin's statements is to encourage the burning of more coal and the continued mercury pollution of our fish, our bodies, and our biosphere.

Richard Schmidt is a chemical and nuclear engineer and energy consultant who is not associated with Vermont Yankee. He lives in Westmoreland, N.H.

Fish shield image is the coat of arms of Narva, Estonia.
Mercury image from Wikipedia.
The Shumlin press conference video is also on one of my earlier blog posts.
Posted by Meredith Angwin at 11:34 AM

So, has Shumlin accused Schmidt of working for Entergy yet?

Give Shumlin some time. He may not read the Reformer, and this blog post has only been up for a few hours.

You are right, Willem. But after all, Shumlin is not exactly a numbers guy.

Meredith,
I know you didn't write this article, but I've heard annual U.S. deaths attributed to coal combustion cited around 20,000 before, (See: http://www.msnbc.msn.com/id/5174391/ns/us_news-environment/t/deadly-power-plants-study-fuels-debate/#.Tl_zAI7dDSg) and I was wondering if you might have any reports or data to support those claims.

Hi Simeon
I think Brian Wang of Next Big Future has the best-referenced posts on this. Lots of links and comments. These posts are a real contribution.

Brian anaylzes a Lancet study in this one

Richard Schmidt wrote in his piece:
Because strontium-90 is "hard to detect" and was detected in only one sample of fish flesh, a scientist will term such a result to be an "outlier."

As noted later in the post, our human bodies are about as radioactive as that of the fish. This is because people and fish are made out of pretty much the same stuff. And that stuff comes from what we eat, including fish.

Governor Shumlin is straining gnats to make an issue out of this, while ignoring real issues like mercury from coal burning.

Detecting the emissions from 90Sr is not too difficult, but quantification can be tricky. It is a pure beta emitter. If there are other beta emitters present, which is likely from other radionuclides in the natural environment, then you have to do some kind of chemical separation process to make sure you are only counting 90Sr betas. When you get down to ultratrace concentrations (ppb to ppt), chemical separations are a challenge because of contamination issues and percent recovery from the various separation steps.

EPA uses a higher number, but I'm not sure what it is, because they only report numbers in terms of "lives saved if we use process A", and it comes to more than 10,000.

Close to 1,000 American miners die from coal each year (we kill them at a higher rate than the Australians), primarily due to black lung.

WHO says >150,000 died from climate change in 2000 due to droughts, floods, disease, forget which order. The numbers are surely higher in 2011, and are expected to be significantly higher in 2020.