PSB Meeting Thursday Night. Get Your Comments In! 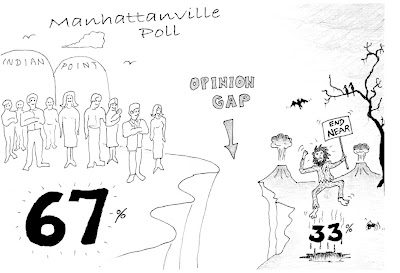 There's A Meeting Here (Thursday Night)
The Public Service Board is holding a hearing, Thursday July 8, at Brattleboro High School. The hearing is about Docket 7600. This is the docket to shut down Vermont Yankee immediately. (The relicensing docket is Docket 7440.) The hearing starts at 7 p.m and should be over at 9:30, because the high school does not stay open after 9:30 at night.
What's It All About, Anyhow? Why Should I Do Anything?
Starting in January, and going through sometime in March, there was a leak of tritiated water at Vermont Yankee. On Thursday February 25, the day after the Senate vote against Vermont Yankee renewal, the PSB opened a new docket, docket 7600, on closing Vermont Yankee early, due to the tritium leaks. As I noted in a blog post at the time, the PSB said they would hold the first hearing on the new docket in March, and I predicted the leak would be over by then. (It was).
But of course, it's not over till it's over. Once you open a docket, it stays open. It's like some modern version of Dickens Bleak House--a never-ending court case. The fact that the leak is fixed and being remediated seems irrelevant to the law.
Since the docket is still open, everybody and their brother is weighing in with claims for the docket. The original docket was started by the Conservation Law Foundation, and concentrated on the leaks and leak remediation. Recently, the Vermont Natural Resources Council (VNRC) has taken a slightly different spin on the matter, saying that Entergy is violating the public trust about groundwater. A quote from Groveman of the VNRC:

"Groundwater is to be managed for the benefit of all Vermonters and the public trust doctrine does not allow for contamination of groundwater, even beneath your own property," he said. "Groundwater flows across property boundaries so these boundaries are meaningless when it comes to public trust resources."

I am particularly fond of this quote because it implies that septic tanks are illegal in Vermont, since they do "contaminate" their "leachfields" on your "own property" to some extent.
Is It Just Silly?
In my opinion, the people attacking Vermont Yankee on the basis of tritium leaks and groundwater contamination have VERY weak arguments. Pretty close to just-silly, as a matter of fact.
BUT, when Yankee opponents are the only ones to show up at a meeting, this has an effect. When the PSB sits at the front of the room, looking at the audience, it looks as if everyone is against Vermont Yankee. If there are no supporters at the meeting, the arguments of the opponents seem to carry more weight, no matter how trivial the content of these arguments might be.
So, try to attend the meeting and support the plant.
What If I Can't Come to the Meeting?
You can still help. Many people in the opponent organizations will testify at the meeting. They will make charges against the plant. As my friend Howard Shaffer points out:
"A charge unanswered is a charge believed." A quote from former US Senator Alan Simpson, in Newsweek recently.
Therefore, we must answer these charges. We know what the opponents are going to say: tritium, groundwater, leaky badly-run plant. We must write own comments and submit them to the board, noting that
You can write about your own experience with the plant and its safety culture. You can write about septic tanks and groundwater. You can say anything you want, really, as long as it is true and hopefully relevant.
You can submit comments by email. File a comment using the PSB general Comment Form. I wrote my comment under "other" ( I could not choose "Docket 7600" from the drop-down list). I wrote the words "Docket 7600" near the beginning of my comment. It only took a few minutes, and I urge you to do the same.
Aside: On the Docket 7440 page, at the bottom you can see a link to file a public comment. (This is the relicensing docket.) No such link is at the bottom of the Docket 7600 page, or on meeting announcement for July 8. I am not sure what to make of this. If the meeting tomorrow night is a hearing only, without public participation, there should still be an area in the general docket where the people can file a public comment. I'm not sure why they haven't made it easier to comment on the 7600 docket. End Aside.
Come to the meeting or submit your comments by email! Or both!
-----
About the cartoon. G. Murphy, the same artist who drew the parody cartoons in a previous post, allowed me to use this original cartoon. The copyright remains with him, of course.
This cartoon is about Indian Point. A series of polls taken by the Manhattanville College showed strong local support for Indian Point. 70% pro-plant, 30% anti. However, one of the local papers headlined the survey results: "Residents Worried About Indian Point." This totally misleading headline prompted Mr. Murphy to pen this cartoon, which shows the gap between perceived opinions (of people making a lot of noise) and actual local opinions.
Posted by Meredith Angwin at 5:50 PM