When there’s not enough supply of electricity to meet demand, an electric grid operator cuts power to one section of the grid to keep the rest of the grid from failing.  After a while, the operator restores the power to the blacked-out area and moves the blackout on to another section. The New England grid operator (ISO-NE) recently completed a major study of various scenarios for the near-term future (2024-2025) of the grid, including the possibilities of rolling blackouts.

In New England, blackouts are expected to occur during the coldest weather, because that is when the grid is most stressed. Rolling blackouts add painful uncertainty – and danger – to everyday life.  You aren’t likely to know when a blackout will happen, because most grid operators have a policy that announcing a blackout would attract crime to the area.

In early April, Exelon said that it would close two large natural-gas fired units at Mystic Station, Massachusetts. In its report about possibilities for the winter of 2024-25, ISO-NE had included the loss of these two plants as one of its scenarios. The ISO-NE report concluded that Mystic’s possible closure would lead to 20 to 50 hours of load shedding (rolling blackouts) and hundreds of hours of grid operation under emergency protocols.

When Exelon made its closure announcement, ISO-NE realized that the danger of rolling blackouts was suddenly more immediate than 2024.  ISO-NE now hopes to grant “out of market cost recovery” (that is, subsidies) to persuade Exelon to keep the Mystic plants operating. If ISO-NE gets FERC permission for the subsidies, some of the threat of blackouts will retreat a few years into the future.

The foremost challenge to grid reliability is the inability of power plants to get fuel in winter.  So ISO-NE  modeled various scenarios, such as winter-long outages at key energy facilities, and difficulty or ease of delivering Liquified Natural Gas (LNG) to existing plants.

Ominously, 19 of the 23 of the ISO-NE scenarios led to rolling blackouts. The worst scenarios, with the longest blackouts, included a long outage at a nuclear plant or a long-lasting failure of a gas pipeline compressor.

A major cause of these grid problems is that the New England grid is heavily dependent on natural gas. Power plants using natural gas supply about 50% of New England’s electricity on a year-round basis. Pipelines give priority to delivering gas for home heating over delivering gas to power plants. In the winter, some power plants cannot get enough gas to operate. Other fuels have to take up the slack. But coal and nuclear generators are retiring, and with them goes needed capacity. In general, the competing-for-natural-gas problem will get steadily worse over time.

All the ISO-NE scenarios assumed that no new oil, coal, or nuclear plants are built, some existing plants will close, and no new pipelines are constructed. Their scenarios included renewable buildouts, transmission line construction, increased delivery of LNG, plant outages and compressor outages.

The one “no-problem” scenario (no load shedding, no emergency procedures) is one where everything goes right. It assumed no major pipeline or power plant outages. It included a large renewable buildout plus greatly increased LNG delivery, despite difficult winter weather. This no-problem scenario also assumes a minimum number of retirements of coal, oil and nuclear plants.

This positive scenario is dependent on increased LNG deliveries from abroad. Thanks to the Jones Act, New England cannot obtain domestic LNG. There are no LNG carriers flying an American flag, and the Jones Act prevents foreign carriers from delivering American goods to American ports.

We can plan to import more electricity, but ISO-NE  notes that such imports are also problematic.  Canada has extreme winter weather (and curtails electricity exports) at the same time that New England has extreme weather and a stressed grid.

To avoid blackouts, we need to diversify our energy supply beyond renewables and natural gas to have a grid that can reliably deliver power in all sorts of weather.  When we close nuclear and coal plants and don’t build gas pipelines, we increase our weather-vulnerable dependency on imported LNG.

We need to keep existing nuclear, hydro, coal and oil plants available to meet peak demands, even if it takes subsidies.  Coal is a problem fuel, but running a coal plant for a comparatively short time in bad weather is a better choice than rolling blackouts.

This can’t happen overnight. It has to be planned for. If we don’t diversify our electricity supply, we will have to get used to enduring rolling blackouts.
-----
Meredith Angwin is a retired physical chemist and a member of the ISO-NE consumer advisory group. She headed the Ethan Allen Institute’s Energy Education Project and her latest book is Campaigning for Clean Air.

This op-ed has now appeared in several websites and news outlets. Links below to the post in other publications, some of which have comment streams.
This post at Ethan Allen Institute, The Caledonian Record, Vermont Business Magazine, VTDigger, True North Reports,  The Commons, New England Diary   Providence Journal, Rhode Island and New England May Get Hit with Rolling Blackouts in the Future, including an interview with me, appeared in GoLocalProv.com

Special note: My op-ed has now appeared in my local paper, the Valley News, on the front page of the Sunday "Perspectives" section.  It is always a thrill to see my work in my local paper!
Posted by Meredith Angwin at 11:55 AM No comments: 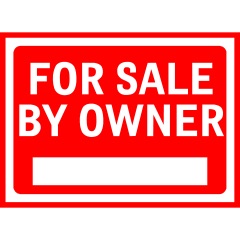 Posted by Meredith Angwin at 8:34 PM No comments: