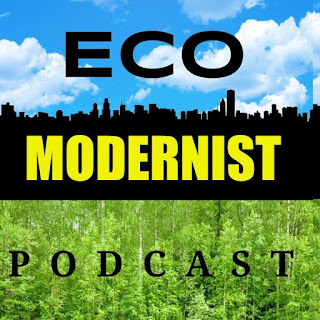 I was recently invited to talk about my book, Campaigning for Clean Air, on the Ecomodernist Podcast.  The podcast was released, and here's the link.  I hope you will listen to it: I think you will enjoy the conversation.

Part of the podcast was talking about my book, There are many books about the virtues of nuclear power, but this is the first book (as far as I know) on how to support nuclear power in the public sphere.  It's the "then what" book:

"Now that I know about the importance of nuclear power, then what can I do to support it?"

My book is a major answer to that question.   I encourage you to read its excellent reviews on Amazon.

However, a good podcast goes beyond just discussing the book.  Gabriel Ignetti and Rick Maltese were great interviewers.

We discussed combustion versus nuclear energy for electricity. Specifically,  we discussed the nasty effects on air quality that are caused by nitrogen oxides from gas and coal-fired plants. Nowadays, carbon dioxide gets all the press, but nitrogen oxides are still out there, making smog and acid rain. We discussed  being members of environmental groups that are fighting climate change, and the importance of sticking up for nuclear within these groups.  Ignetti, especially, had good stories about his involvement in the environmental movement in Florida.  We discussed hecklers and people who really get "in your face" against nuclear, and possibly-effective versus certainly-ineffective ways to deal with them.

At the end of the podcast, Ignetti and Maltese have a short, separate section, sharing some research they did about how nitrogen oxides affect people's health, forest health, and even our sculpture and our buildings.

I was on the  "Ecomodernist Podcast," and now you may be wondering: what is "ecomodernism"?  Ecomodernism is a movement that started in 2015, with the publication of the Ecomodernist Manifesto. The ecomodernist goal is human prosperity and an ecologically vibrant planet.

This goal will be achieved by humans choosing technologies that can lift people from poverty and supply abundant energy, while using less of the of the world's area for human endeavors.  This means, for example, using compact energy sources like nuclear power, and leaving the ridges, the tides, the woodlands,  the pastures, and the streams to benefit the ecologies that need ridges, tides, woodlands,  pastures and streams.  In other words, giving nature room to breathe, while giving humans enough abundance to live healthy lives.

Ecomodernism hadn't been invented yet, in 2013, when I had an article in ANS Nuclear Cafe: Farmers, City Folk and Renewable Energy. But the idea in my article substantially the same: don't look at every woods and every waterfall as a source of energy, ready for "biomass" burning, or building a nice big concrete dam.

Let much of nature be nature.  Use compact sources of energy, rather than bulldozing the woods.

That is also a goal of ecomodernism.
Posted by Meredith Angwin at 1:41 PM 4 comments: