Hot Potato and the New Request: Entergy Asks for Injunction against PSB and Shumlin in Federal Court

The DPS and Public Service Board Don't Join NEC

In that post, I wrote that the DPS probably asked the Supreme Court to deny the suit because if the Supreme Court undertook hearing the NEC lawsuit, that lawsuit would invalidate the Public Service Board process.  The DPS charter is to appear before the Public Service Board and take part in the Board process. Naturally, the DPS would want that process respected. 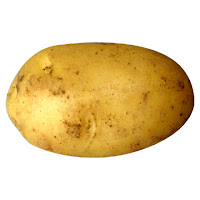 However, there were still surprises in store for me.  I read last night in Vermont Digger that  Entergy filed a new motion in Federal Court in the against Shumlin, et al (in their official roles) and against the Public Service Board (PSB).


What? A request for a new injunction?

Yet, when I read the  Entergy motion for injunction, their request makes sense.  Not something I would have predicted, but it makes sense.  The Public Service Board has to stop  treating this Certificate of Public Good as a hot potato. "Somebody else take this, pretty please!"

Aside: See Entergy quote about the ruling at the bottom of this post. Also, I wrote extensively about this recent ruling which was "strongly worded" against Entergy but also "narrow" and issued on an obsolete docket.  You can also read the ruling here. End Aside.

In other words, in that ruling, the PSB basically says: "The PSB is not going to take action, but you can. Let's you and him fight, and leave us (the PSB) out of it."

The purpose of the March ruling by Judge Murtha was to allow court cases and PSB dockets to continue in a logical and legal fashion, without the constant threat of the state attempting to shut down Vermont Yankee while the legal process is on-going.

It doesn't seem as if the concept of legal due process should be so difficult. You would think due process would be what the Public Service Board wants.  I would think the Board would want their own process to be respected. On the other hand, after a meeting this March in which the Board behaved in an unprofessional and crabby fashion (at least in my opinion), I am not sure what they want.

This Entergy docket for a Certificate of Public Good is a hot potato, politically.  But from the point of view of the law, it's a legal docket, and should be treated as one.

Ultimately, I think that is what the Entergy request is about.  The PSB should handle its dockets professionally. Instead, they issued an odd order on an old docket, and that order looks like an open-invitation to third party lawsuits.  By issuing that order, I think that the PSB hoped that someone will rescue the them from the necessity of making hard choices.

However, Judges and Boards are given the status, authority, and ability to make the hard choices.  That's why they hold the positions they hold.  I hope the PSB  realizes this.

-----
Longish quote from the Entergy filing:

The PSB did not affirmatively state that it would take action to shut down the VY Station for failure to obtain a new CPG from the Board before March 21, 2012, but the PSB did expressly invite others (such as NEC) to do so: “Entergy VY entered into a binding contract with the Department [of Public Service] and other parties not to operate after March 21 absent Board authorization. Entergy VY has not challenged the validity of this commitment in its  federal litigation.[1] Thus, any of those parties could seek specific performance ... at any time which, if granted, would bar operation after March 21, 2012.” Id. at 19.

Non-party (to this action) NEC has now accepted the PSB’s invitation, asserting that the PSB’s March 19 and November 29 Orders require an immediate shutdown during the Interim Period despite this Court’s prior rulings.

Also note you can see many relevant filings at the Energy Education Project website, by following links from this page: Dockets for Public Service Board and Courts.
------

This is the updated post.  I took the word "Update" out of the title, because it has been updated for several days already.

The correction for the update was  the following:

The NEC case will fail, but even if it did somehow succeed I don't see how it would let the PSB off the hook of the CPG decision, unless Entergy gave up the fight.

I was also wondering how long the PSB can drag this process out. They have already closed one docket unresolved - is this going to be their continuing tactic until 2032? When does inaction become legally punitive?

Maybe the PSB sohuld just turn the whole process over to Judge Murtha. At the rate we're going, he may have to rewrite their ruling anyway.

You know, VY could probably turn this around if they broke out a nuclear exhibition van tour with a few crackerjack nuclear advocates who know how to talk plainly to the grass roots about their fears and apprehensions. Why they let anti-nukers step into that void and undercut them is just beyond me.