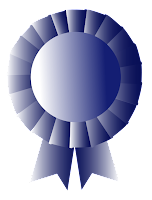 Howard Shaffer: Knowledge, Outreach, and Perseverance
Howard Shaffer has been an advocate for Vermont Yankee for years. He debates anti-nuclear activists, testifies at hearings, writes for the press, and is a member of the American Nuclear Society Public Information Committee.
The problem with writing about Howard Shaffer is that he is my mentor in nuclear outreach. It's not easy to write about someone whom I admire so greatly. But I'll try.
How I Met Howard Shaffer

I was writing a novel. Specifically, I was writing a mystery, Nuclear Gentleman. Most of the action takes place in a power plant, and my nuclear plant experience was out-of-date. Also, in my working life, I had been a researcher. I visited nuclear plants to solve problems. For my book, I needed information on daily life in a nuclear plant.
I had just moved to Vermont, so I scoured the local newspaper for pro-nuclear letters to the editor. There was a letter from Howard, and it included information on the town in which he lives. He was in the phone book, and I called him up to ask him about life in a nuclear plant. It was the beginning of a wonderful friendship.
I soon learned that Howard had been a start-up engineer on Vermont Yankee, Chin Shan in Taiwan, and a pumped storage plant. He was also an engineer for for Dresden, Seabrook, Watts Bar 1, and a member of the GE SBWR project. Howard is a licensed professional engineer in Vermont, New Hampshire, Massachusetts and Illinois. He was a Congressional Science Fellow in 2001. He was a submarine officer. His engineering degrees are from Duke University and M I T.
In other words, he can answer almost any question about BWRs with significant authority and practical experience.
What he spends his time on now, though, is outreach.
Outreach
Howard attends meetings, testifies in writing and orally at hearings and debates against anti-nuclear activists (when they are willing to debate). He writes letters to the editor. His article, The Downside of Nuclear Power, By An Advocate, was published in the Vermont Journal of Environmental Law. ( This Vermont Law School publication is not known for pro-nuclear views!) Despite its title, Howard's article is pro-nuclear.
He also answers comments in local papers, being a strong voice for nuclear when not that many voices are available. Here he is, today, answering a letter from old-line anti-nuclear activist, Gary Sachs, in the Rutland Herald. Or countering a comment from another nuclear activist who commented on a Rutland Herald article. Today, Howard summarizes both the geography and the politics of Vermont in a View From Vermont blog post in ANS Nuclear Cafe.
Teaching Me About Outreach
I don't know how to say this without sounding a bit sappy. Howard constantly teaches me about outreach. He manages to be unwavering in his support of the plant, and a gentleman to plant opponents. Both at the same time. Howard brings handouts to meetings: some that he writes, some he obtains from NEI. He is a firm presence at these meetings, both in what he says and what he does. He talks gently to people on both sides of the fence. He respects people, even when he disagrees strongly with their opinions.
I constantly learn from Howard.
Photograph of Howard Shaffer used by permission.

Posted by Meredith Angwin at 8:51 PM

I would encourage both of you to read former NRC commissioner, Peter Bradford's comments in today's Vt. Digger.

He clearly points out that nuclear power is by no means the cheapest power source availabe. Meredith, you might consider contacting Peter and see if he'd be willing to mentor you as well. His counsel might prove helpful.

To my readers:
Bob Stannard is a lobbyist in Vermont, lobbying against Vermont Yankee. He is employed by anti-nuclear groups. Peter Bradford was indeed a NRC commissioner. His degrees are in law, not engineering or economics. He has been an advisor to many anti-nuclear groups, and is sometimes an advisor to the Vermont legislature.
I have no idea why Bob decided to post this condescending comment. I also don't know why Bob rarely lists his affiliations on his comments. Some things will forever remain a mystery.