The Intervenors (and Vermont) Sue the NRC and Lose

The New England Coalition (NEC) is an intervenor that has fought Vermont Yankee since before the plant opened.  About a year ago, NEC brought a lawsuit against the NRC.  NEC claimed  that the NRC should not have granted Vermont Yankee a license extension because the plant did not have an up-to-date water quality permit issued by the state. They claimed that Vermont Yankee's NRC license was invalid, and had to be rescinded.

Late last month, NEC lost the lawsuit.  The U.S Court of Appeals in Washington D.C. ruled against NEC and for the NRC.  You can read the ruling here.

The State's Case and My Opinion

I found the state's case quite odd. I wrote an blog post last year -- A State of Confusion: The Suit about the Water Quality Permit.  As I said at the time: the state is the one that issues water quality permits.  If the plant's water quality permit was not up to the state's requirements, the state should have insisted that the plant do something about this.  Instead, the state sued the NRC, saying the NRC should not have issued the license extension.

In other words, Vermont claimed that Vermont hadn't cared about the water quality permit status, but the NRC should have cared.  My guess was this argument wouldn't convince a court.

The court ruling was related to what I had expected, but different.  The appeals court ruled that the state had an obligation to bring up this contention before the NRC during the hearing, not wait until the license was granted and come in with an "oh, by the way" lawsuit.  To quote the ruling:

“.. petitioners here were required under agency regulations to afford the full Commission an opportunity to pass on the section 401 issue before seeking judicial review. And they had repeated opportunities to do so...[they] sat silent for two and one-half years thereafter, raising their... objection only after the Commission issued the license renewal in March 2011.”

Many of the opponents cried bitter tears that the NRC had escaped on a procedural technicality.

According to VPR, a NEC spokesman, Chris Killen, said: "The New England Coalition, and all Vermonters, have now been deprived of the right that was guaranteed to them by Congress, to have a say in how this plant affects clean water." According to the same article, Shumlin's spokesman  John Being said "We're disappointed that the court declined to address our substantive water quality argument and instead ruled, based upon kind of a technical issue, a procedural issue,"

However, in the same VPR article, Pat Parentau of Vermont Law School said the court ruled on a fundamental point of administrative law.

Pat Parentau would like to see Vermont Yankee shut down, but he knows this ruling was not procedural nit-picking.

It's funny how often Vermont gets tripped up by the Constitution or by customary administrative law requirements, or other stuff like that. It's almost as if our administration doesn't think things through. (sarcasm alert)

Oh By The Way

First issue.  Vermont Water Quality Reviews are On-Going: The Agency of Natural Resources (ANR)  has been working on a water quality permit with Vermont Yankee since 2006.  To quote a Brattleboro Reformer article on the lawsuit: ANR is still in the process of determining whether Yankee should receive a permit to discharge non-radioactive cooling water -- at up to 100 degrees -- into the Connecticut River. That process has been going on since 2006 and is not expected to be resolved anytime too soon.  In other words, what the heck was this Vermont lawsuit about? 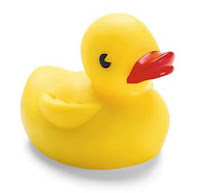 
Posted by Meredith Angwin at 4:17 PM