The News About Vermont Yankee

This was the week of the shocker. On Tuesday morning Entergy announced that Vermont Yankee would not refuel in October 2014.  Instead, it will shut down at that time.

I know many people at Vermont Yankee, and they were all as surprised as I was.  Entergy had just won a major federal court decision. We all thought we had every reason to believe Vermont Yankee would remain open for many more years.

Entergy management said it was shutting down because it was no longer economically viable.

There is more news and better news in other parts of the nuclear world, but this is the Yes Vermont Yankee blog, and I will start with reactions to Vermont Yankee closing.

My first blog post, Vermont Yankee to Close in 2014, was merely a posting of the FAQs from Entergy about the closing. However, it has an interesting comment stream so I have linked to it.  My second blog post was my own FAQs: Questions I Frequently Ask Myself About Vermont Yankee Closing.

Entergy listed three main reasons that they needed to close Vermont Yankee:
My post contains a lot about the low price on the grid (I don't think this would have been enough of a reason, without other reasons) and the design flaws of the pricing on the New England Grid (a fair number of links, too.  The grid operator is paying an extra $78 million to oil-fired plants, for energy reliability in winter.  No such payments are going to nuclear.)

Meanwhile, Jim Conca posted at Forbes. His post is clear and direct:  Who Told Vermont to Be Stupid?


The Great State of Vermont threw away cheap clean energy this week out of ignorance and fear. By closing the Vermont Yankee nuclear power station, Vermont chose to be stupid, and will hurt the environment as a sidebar.

That is probably the question I should have asked myself: Who Told Vermont to Be Stupid?

Looking outside of Vermont (and I am very glad to do so, right now) we have news about nuclear builds and the importance of nuclear energy in energy diversity.

Brian Wang of Next Big Future:


Saudi Arabia and China press on with nuclear energy while the US will close a reactor in 2014
(So true.  Every now and again I think of leaving Vermont. Perhaps my thoughts don't take me far enough.)
Commercial antimatter production could enable antimatter catalyzed fission and fusion
A new state of high pressure matter can efficiently generate soft xrays and could make explosives 100 times more powerful than chemical.  This is a table-top experiment (really) with carbon bucky-balls.  Amazing. They call the little explosions "nanostars."

In the Yosemite Fires and Energy Supply, Another Vulnerability,  Gail Marcus considers the situation on the West Coast, where the Rim Fire is still blazing near Yosemite.  She notes a Wall Street Journal editorial that points out the the vulnerability of our energy supply in areas prone to wildfire.  Some types of facilities (particularly large-scale solar and wind) are sited in wildfire-prone areas, and they have long transmission lines, also vulnerable to fire..  She suggests that the solution is more diversity.  We think of diversity in terms of types of fuel, but we should also consider diversity in terms of  terms of size and location of power plants. 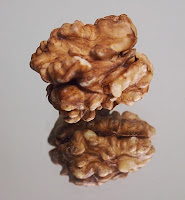 Dr. Robert Hayes at NewsOK describes how irradiation of food is a safe method of preservation.  We heat food (cook it) and that often makes it safer. Similarly, irradiation to kill pathogens makes food safer.

The FUD Fighters!  Starting with Snopes

In the nuclear industry, there's always some FUD (fear uncertainty and doubt) being spread. Our two FUD Fighters for this blog post are Rod Adams and Les Corrice.  They are both fighting the FUD of "radiation from water leaks at Fukushima is a terrible problem and it is going to kill us all (after it kills all the fish in the Pacific)".

Before I go to their blog posts, however, I want to give a hat tip to Snopes. Snopes has pointed out that the "radiation is spreading through the Pacific" graphic that has gone viral on the Internet...is really a graphic of wave height from the Tohoku earthquake.  Snopes Fukushima Emergency. The graphic has nothing to do with radiation.

Our own FUD fighters on those same leaks: Adams and Corrice.

Rod Adams describes the Fear Mongering over the Water Leaks at Fukushima Dai Ichi. Bottom line, despite all word to the contrary, there is no reason for anyone to be concerned that “contaminated” water from the damaged Fukushima Dai-ichi nuclear power station is going to cause them any physical harm, now or in the future. The only way my bottom line statement could possibly be wrong is if some really nutty activists decide to occupy the site and drink directly from the water tanks that have been assumed to be leaking. Those nutty activists would have to be very patient people, because they would have to drink that water for many years before any negative effects might show up.

And a companion piece:

From The Hiroshima Syndrome/Fukushima Commentary

1) Is Fukushima Daiichi’s Wastewater Really Toxic?
First, just how toxic is strontium? Second, is the level of contaminated water that may have reached the sea worthy of being labeled “toxic”? Strontium itself is not worthy of being called “toxic”. The label can only be applied because of Sr-90's radiation. Is that enough?

2) New INES Rating at Fukushima Demands Clear Public Communication
It is imperative that Tepco and the IAEA make clear and decisive public communication about today's upgrade to INES level-3. The upgrade is entirely due to the leak from a wastewater storage tank, and has nothing to do with the other groundwater contamination issues at F. Daiichi. This must be stressed and any Press outlet that connects the upgrade to the groundwater issues must be publically admonished.

Over and Out for Now

This has been a tough week for people who care about Vermont Yankee.  But there's good news other places in the nuclear world.

May it be a good and sweet year for everyone.


Update: ANS Nuclear Cafe always announces the latest nuclear energy Blog Carnival.  Today's Carnival announcement at ANS  says some very nice things about me.  Thank you, Will Davis and the others at ANS!

Posted by Meredith Angwin at 4:05 PM

Quite a few comments being made including myself with regard to James Conca's posting at Forbes.

As one who has provided comments here from time to time as well as responded to the ANS list, I hope you will consider proceeding forward despite the loss of VY.

For example, I didn't know until you pointed it out that the ISO was authorizing negative payments and capacity payments. There are times where even mainstream energy press just doesn't get it since they are reporting what is front of them not strategic long range issues.

That issue of negative payments has become so prevalent that many energy reporters can't see the forest for the trees regarding the effects on traditional energy generation sources. I have even read some that can't seem to connect the dots on how traditional generators will not be able to maintain typical O&M costs but those same reporters are more then happy to report the false positive news from Germany.

So there is still long way to go towards educating everyone on how their power is produced and the different utility costs structure. There is also still a long path to educate the average citizen about the shenanigans politicians are willing to jump through when wind and solar lobbying money and various subsidies (hidden and open) skews the decision making process.

I hope that you will still find an outlet for your creativity, spark and energy knowledge. Preferably, you will still keep your blog going just reformatted to the larger NE power market and the Indian Point fight.

Thanks for the news and stay on! Your talent and wits are needed!

Re: "Snopes has pointed out that the "radiation is spreading through the Pacific" graphic that has gone viral on the Internet...is really a graphic of wave height from the Tohoku earthquake. ... The graphic has nothing to do with radiation."

Unfortunately, like yelling fire in a theater, to ignite FUD one doesn't need fact nor accuracy to achieve their goal! :( Shame on the uncritical media!

I think you'd like the XKCD radiation chart:
http://xkcd.com/radiation/

Does an excellent job showing the visual relationship of various amounts of radiation.

Part of the problem in explaining the issue of negative price structures in the electricity markets to a layperson is that their eyes start to glaze over when you bring up the subject. We need to take a page from the anti-nuke kook playbook because they are able to use FUDdy images like mushroom clouds to capture the audience's attention. We need something simple and catchy to explain the issue. I've been trying to come up with simple analogies to illustrate the negative pricing concept, something like instead of selling your house to someone, you sign over the deed and write them a check instead of a mortgage. It might help you in the short term, but is unworkable in the long term.