A State of Extortion: Conditions for a Vermont Yankee Certificate

Shortly after Entergy announced it would close Vermont Yankee in 2014, Governor Peter Shumlin decided that people should work together, not fight with each other.  Specifically, Shumlin said that his administration would “use this opportunity to build better relations with Entergy.”

John McClaughry doubted that statement.  McClaughry is one of the founders of the Ethan Allen Institute, and he predicted that better relations between Entergy and Shumlin were not going to happen.  Better relations weren't in the cards (to use a fortune-teller analogy).   Governor Shumlin would continue to behave the way Governor Shumlin behaves.

In early September, a few days after Shumlin's announcement, McClaughry wrote an op-ed which was published many places in Vermont:  Governor Shumlin's Unlikely Olive Branch to Entergy. Here's the quote with the prediction:

With this long, outspoken, and unbroken record of opposition to the nuclear plant and its corporate owner, can we expect Peter Shumlin to now seek “better relations” with Entergy? It’s far more likely that he, his regulators and lawyers, and his legislative friends will spend the rest of his time in the Governor’s office extorting every last dime out of Entergy to fund their own pet projects, and when that is pushed as far as it can go, forcing Entergy to spend as much as possible through more of the “cumulative regulation” that Entergy says contributed to its decision to close the plant.

When Entergy announced it was closing the plant, the state "weighed the conditions" they would put on Vermont Yankee's continued operation for a final year.

The Public Service Board was still considering a Certificate of Public Good (CPG) for Vermont Yankee when Entergy announced it was closing the plant.  Entergy quickly filed an amended petition with the Board, asking for a CPG for through the end of 2014, instead of through 2032.  Under Shumlin's administration, the Department of Public Service (DPS) had opposed the 20-year extension.  Would they also oppose a one-year extension?

“The options are to support it (the one-year certificate) with conditions or oppose it unless there are conditions,” he (Recchia) said.

The Prediction Fulfilled: Also Known As The Shake-Down

First, we have to admit that the state learned some very expensive lessons in various courts.  The DPS considered recommending a time-table for decommissioning, or recommending how the plant should handle spent fuel.  But then they thought better of it. Recchia noted that these areas fall under the purview of the Nuclear Regulatory Commission.

“We felt we needed to focus on areas where we have jurisdiction,” Recchia said.  (From Oct 25 article Terri Hallenbeck in the Burlington Free Press.)

If DPS tried to regulate safety, they could lose in court. Gathering money from Entergy seemed a more reasonable tactic.  DPS recommended that the Public Service Board should extract money from the plant in return for a fourteen month CPG.  Specfically, DPS recommend that Entergy must
Another justification given for Entergy contributing $4.65 million to the state is that the state will lose its "generation tax" revenues when Vermont Yankee stops generating power.  As Galloway wrote in Vermont Digger:

"Once the plant closes, that source of state revenue (the generation tax) will disappear. Recchia says Entergy should be required to continue to make some kind of payment to the state to make up for the economic impact of the sudden, unplanned shutdown."

Second note from blogger:  Will these "generation tax" substitutes actually be used for Vermont Yankee employee assistance?  Your guess is as good as mine....

The Good News and the Bad News 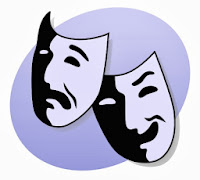 "It is unclear at this point if Entergy VY, if it closes in 2014, will ever have to appear before the VPSB (Vermont Public Service Board), or for that matter, any state regulatory body ever again,” he (Shadis) wrote to the board. “Chopping the proposed period of extended operation really appears to narrow that possibility and proportionally heightens the need for the VPSB and the parties to ‘get it right.’”

Bad News:  It's not really bad news. More like "major uncertainty."  If the Public Service Board puts tens-of-millions-of-dollars of conditions on a certificate of public good, and Entergy had planned to operate the plant only for a few more months--what will Entergy do?

It may not be worthwhile for Entergy to litigate in the hopes of merely several months operation.  Also, if Entergy doesn't sign the new CPG, they don't have to abide by its multi-million dollar conditions.  In other words, Entergy might quite reasonably decide not to sign, not to litigate, and simply to close the plant a few months earlier.

I hope this would not happen, but it could.

You can link to the complete, 50-page DPS filing from the Vermont Digger article.  I link to it here for convenience. I am always grateful when Vermont Digger links to the original documents.

If I were Entergy I would do nothing. The PSB must issue a CPG. If they don't it's because of intrusion by Shumlin and the DPS. The courts earlier ruled against blackmail by the State so they will again.

Thanks Meredith once again for this complex translation of what does this all mean? Closing the plant, which was what so many wanted, invokes a finality which takes away the power of leverage on the State side. Might have been easier to lay down rules if there had been a 20 year extension. Couple months? I would pull the plug myself. Reminds of the Saying be careful what you wish for. Best wishes.Mary

This is a bold blog, but one that seriously needs wide dispersal. Meredith has outdone herself on this one.

Thank you all for these notes.

Mary, indeed, be careful what you wish for. Shortly after VY announced the shutdown, the editor of Vermont Business Magazine wrote an op-ed basically saying....well, the State has just lost its ability to bargain. That is so true.

Les, thank you. I was just telling it like it is. You say it is a "bold" blog, but I disagree a bit. Shumlin's administration people give such fantastic quotes, I don't have to attack them. All I have to do is QUOTE them! Still, thank you. I value your compliment, even though I quibbled :-)

Bob...I don't think the PSB has to do anything, actually. I mean, it has avoided doing anything about VY for years, unless you count its "brinkmanship" game about allowing the diesel generators to be placed. The PSB gave the ruling at the very last minute, wasting months in not-hearing the case, writing "narrow" rulings, and so forth. And THAT was just about diesels! No telling how many ways they will find to avoid doing anything with this situation!