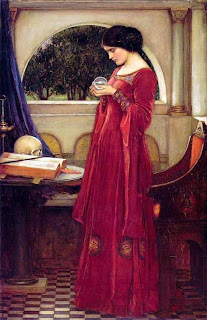 The Entergy lawsuit is a story that will play out over time. Instead of attempting to look forward very far, I thought I would look around a bit at the issues, and even look backward. This is the first of a series of posts.
Act 160: Looking Around
One of the important points in the Entergy lawsuit is the claim that the State of Vermont changed the Memorandum of Understanding (MOU) by passing Act 160. Entergy signed the MOU when it bought Vermont Yankee in 2002. In the MOU, Entergy agreed that it would require a Certificate of Public Good (CPG) from the Public Service Board to continue operating the plant past 2012.
In 2006, the legislature enacted Act 160, saying the Public Service Board could not grant a CPG without legislative approval. This Act was a material change to an already-signed contract. Act 160 took the authorization of continued operation from the hands of the Public Service Board, and gave it to the legislature.
Act 160: Looking Backward
Snarky anonymous emails to this blog, statements by staff of the New England Coalition, statements by long-term opponents of Vermont Yankee in the legislature--the opponents claim the same thing: "Entergy supported Act 160! How can they fight it now?"
Well, Entergy didn't support Act 160. They didn't fight it actively, but they didn't support it.
I have looked high and low for Entergy comments at that time, and all I come up with is relatively mild negative comments, like this one from Brian Cosgrove:
Entergy officials also complained that the bill would be redundant when paired with last year’s action.
“That just seems excessive,” said spokesman Brian Cosgrove. “I think the Legislature already has a major role in license extension. There’s no way Vermont Yankee can continue to operate beyond 2012 without the Legislature’s approval for dry cask storage"
This is a quote from an Associated Press article by Ross Sneyd, printed in the March 15, 2006 Brattleboro Reformer, entitled “Lawmakers seek final say on VY relicensing."(see note below)
Entergy did not support Act 160. I suppose Entergy might have fought it, if they had possessed a crystal ball to the future. They apparently did not fight it. On the other hand, they did not support it. Anybody who says Entergy supported Act 160 is either mis-informed or has some evidence that I could not find.
------
Note: The newspaper record from 2006 about Act 160 is not available on-line. I obtained some pdfs of old newspapers from the library. If you think Entergy supported Act 160, please send me your evidence. If you want to research the issue, you can go to your local library and look for microfilms of newspapers from around March 15, 2006. If you can find any statement by an Entergy spokesperson supporting Act 160, please send me a copy of the article. Thank you.
John William Waterhouse The Crystal Ball, from Wikimedia
Posted by Meredith Angwin at 11:22 AM

I wonder, at the end of the day, if the lawsuit even matters? Here's what I mean - if I understand correctly, Entergy *already* agree to regulation by the State of Vermont, via the Public Service Board, right?

Not sure that Federal Pre-emption applies there?

So, if the lawsuit is successful, and the court say, "OK. The Public Service Board has the final say," then all Shumlin and Co. have to do is fire whoever at the PSB won't make the 'determination' that the politicians want, and appoint in some "yes men" who will deny VY the Certificate of Public Good that they need?

I mean, at the end of the day, the PSB is just the State, and if the State doesn't want VY, it seems like Entergy *already* gave the state power over their future via the MOU?

I don't know about pre-emption. I am still working on this stuff!

However, in general, Public Service Boards are judiciary bodies that are appointed for longer than one term of a governor or whatever, in an attempt to keep them separate from politics.

The Chairman of Entergy wrote a letter to Vermonters that appeared in all Vermont newspapers Tuesday. I can't find it on the web, but here's a lengthy quote, showing a little more of the role of the PSB. A PSB is quite different from a legislature.

When we did, we entered into an agreement with the State that we would secure a Certificate of Public Good from the
Vermont Public Service Board if we wanted to extend the license of the plant beyond March of 2012. That was not a concern to us back in 2002. The Public Service Board is an independent, expert body that uses impartial professional judgment to make such decisions and its decisions can be reviewed by a court.

@Jeff: Entergy *agreed*, past-tense, to regulation by the DPS and PSB. However, they argue in their filing that the MOU was breached and therefore neither the DPS, PSB, nor the Legislature has any authority to regulate them, due to federal pre-emption. They argue that the NRC has pre-emption over safety and FERC has pre-emption over wholesale interstate power sales. The whole filing is quite readable and very interesting. I found it here: http://www.vpr.net/vpr_files/pdfs/4_18_11_complaint.pdf

Entergy also argues against simply turning power back to the PSB in the filing, citing irreparable political damage done by the Legislature through this process. In essence, they're arguing that "the jury is already biased."

It seems to me that if the court agrees that the MOU was breached, Entergy has a pretty strong case for pre-emption.

See paragraph 81 of the filing for the bit about re-vesting the authority to the PSB.

Thank you Mark. I will be reviewing these things, and your notes are a good guide. I appreciate your comments.