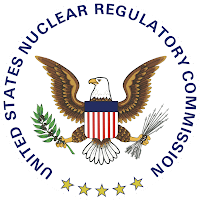 Two nights ago, June 22, I went to the NRC meeting reviewing Vermont Yankee's 2010 performance.
About 200 people came to the meeting. The NRC planned to spend half an hour on its own presentations, and two hours "addressing public questions." Here are some insights that I had about the opponents, the meeting and the NRC.
1) Fact: Vermont Yankee opponents do not want to listen to the NRC.
Forty-four people submitted questions or comments to the NRC. Many of the questions were multiple questions, and many of the comments were harangues. The NRC people soldiered on, attempting to explain what they could. NRC staff said things such as: "That's a very good question, about water in the cable pipes, and I made this issue my project for the year. Pipes were drained...."
The crowd was visibly annoyed with the NRC responses. Eventually the crowd had had enough information. One woman told the NRC not to respond to her; she didn't want to hear their answers. After that, a shout came from the audience that they had had enough NRC "tongue-wagging" and it was time to let the audience "have a chance." The audience clapped its approval of this statement.
My Insight: Opponents don't trust the NRC and won't even listen to what the NRC says. The NRC review meeting is just another chance for an anti-nuclear rally.
----------
2) Fact: According to Vermont Yankee opponents, the non-existent deaths from the nuclear accident are the most important thing that happened in Japan.
At the beginning of the meeting, the NRC asked for a moment of silence for the tens of thousands of people who lost their lives in the earthquake and tsunami in Japan.
Later, one person had her turn to comment: she said was "personally offended" by the silence for the earthquake victims. She was upset that the NRC had forgotten the Fukushima victims. Another comment was: "earthquakes and tsunamis have happened and will happen. The real tragedy is the nuclear tragedy. People will die and the land is ruined forever."
The audience clapped in support of the woman who was offended by the moment of silence. They also clapped and hooted in positive response for anyone who said that they were "very frightened" about nuclear safety, or that their children were not safe, or that the NRC didn't keep people safe, etc.
My Insight: Opponents of nuclear energy are kind people--as individuals. In this audience, they showed themselves cruel and indifferent to other people's suffering (hey, tsunamis happen) but exquisitely attuned to their own fears.

--------
3) Fact: Signups for speaking were a mess, two years in a row.
Nearly two hundred people came to the Vermont Yankee review meeting this year, and about 45 (including myself) signed up to ask questions. Since there were less than three hours for questions and responses, this was not going to work. Some people were not going to have an opportunity to ask their questions. But which people?
Last year, the NRC had multiple sign-up sheets for questions. You might be the first one to sign up, at the top of a sheet...but be twentieth in line to speak. This made people angry.
This year, you handed in a card. The NRC collected the cards and decided the order in which people spoke. The NRC had elected officials speak first. Next came prominent anti-nuclear activists such as Paul Blanch and Ray Shadis. At that point, one man from Vermont Yankee tried to speak, saying he was an elected union official. The NRC wouldn't let him speak because he wasn't a "real" elected official. The NRC's choices seemed very arbitrary. Not everyone was able to speak.
My Insight:. When running a meeting, you should announce in advance the order in which people will be allowed to speak. The NRC does not do it right. They have lots of practice running meetings so I don't understand the problem. Frustration and anger about speaking must happen at NRC meetings all over the country.
For another overview of the meeting, I recommend this article by Olga Peters of The Commons of Brattleboro.
Dice image from Wikipedia
Posted by Meredith Angwin at 7:44 PM

I was basically one of the first community members who showed up at the plant. Both facilitators made it a point to come out and talk to and they knew who I was. They spent time shooting the breeze with me and we were even joking with each other a little. I asked for a sign up sheet and filled out their issue and contact sheet. They told me the issue sheet was the sign up to speak sheet.

Right off the bat I figured out they were going to pick and choose people from the cards. I told the podium guy I don't want to argue with you, I have no beef with you and you are a nice guy, but not having a sign up list for speaking is going to cause a big stink. I further question him about how the night was going to go...and I made certain he understood I thought the system was unfair and going to cause big problems...

I got 3/4's through the meeting, I was the first person there...that is when I began to get nerious the NRC wasn't going to call me...

I completely agree. I left at 9:15, fifteen minutes after the meeting was supposed to end, while people were shouting at the NRC members about the speaking line-up. I really can't understand it. It's not like this is the first meeting NRC has ever run.

At least you got a chance to speak. They called on you. By 9:15, they hadn't called on me, and worse, I had NO idea if they were going to call on me, run the meeting late, whatever.

This meeting sounds like many in Vermont. The loud spoken people figure if they yell they will get their way. The quieter more intelligent and more considerate sit down and are not counted. The majority of the reps of the press want to cover only the loud ones with their own agenda. I prefer listening to and supporting the intelligent argument. And Meredith Angwin is where I go to for science and reality zone.