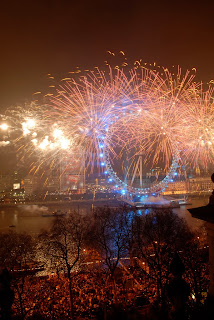 Looking to the Future: World-Wide
The 85th Carnival of Nuclear Energy Bloggers is being hosted by Yes Vermont Yankee. The Carnival is right here, right now. When I signed up to host the Carnival, I promised to post it this weekend. However, I wasn't sure whether I would post it this year or next year.
In a small burst of ambition, I'm putting the Carnival in place in 2011.
Fearless Predictions: Dan Yurman at Idaho Samizdat offers his annual "fearless predictions" for the global nuclear energy industry in 2012. His post, Predictions, Speculations and Raw Random Ideas for 2012, starts with a description of the future for Japan (of course). Until 2011, Japan and France were two stalwarts of the nuclear field. Now they face new challenges. China and India will move ahead, and the U.K. maintains progress for its new build.
The two big new deals in 2012 are the Czech Republic's Temelin project for up to five new reactors worth $28 billion and an expected tender by Saudi Arabia for up to 16 new reactors worth $112 billion.
New Directions: While she wouldn't quite characterize it as a New Year's projection, Gail Marcus of Nuke Power Talk considers New Directions in her post. She speculates that the Fukushima Dai-ichi accident in Japan may increase the pressure to continue the development of advanced reactor technologies, including some of the SMR designs, that hold the promise of being more robust in the event of a "Fukushima-type" accident. This would be any scenario that can lead to a prolonged loss of cooling water or backup power. However, she cautions people to heed the words of Admiral Rickover, who famously enumerated the differences between a "paper reactor" and a real reactor.
Moving Forward in the U.S. Margie Jepson blogs at Nuclear Clean Air Energy as part of Entergy's Nuclear Clean Air Energy education initiative. In The 2011 Year: So Long! Jepson looks back at the Year of Fukushima. Then she looks forward to the ways that 2012 will expand many of the excellent trends of 2011 in this country. Reactors are being built, capacity uprates have been granted by the NRC, and the uranium enrichment facility (planned for eastern Idaho) now has an NRC license.
Nuclear Plants to Fight Climate Change:

At Canadian Energy Issues, Steve Aplin writes Extreme heat, electrical load, and political stability: the connection and the solution. 2011 was a year of record extreme weather in North America. The extreme episodes were fueled by the higher temperatures in the earth’s atmosphere, which gave extra energy to the heat waves and wind storms that ravaged the continent. It is an alarming trend. One upshot is that there will be huge demand for electricity for summer air conditioning. Aplin argues that this demand must be met by CO2-free nuclear plants, not by CO2-belching natural gas-fired ones.
By the way, I like the energy tracker on Aplin's blog, displaying real-time electricity data for Ontario. I include a screen shot of the tracker. Double-click to enlarge the graphic.
Fusion Power Moves Closer: Brian Wang of Next Big Future truly looks to the future with a blog post on how fusion power moves closer, due to results from a lab in Germany. A gamma ray laser and a Bose-Einstein Condensate could help make it happen.
Fire Put Out: Wang also reports on a Russian submarine which caught fire. The fire was successfully extinguished. (To me, this is the scariest story of the bunch. The Russians do say the ICBM's were not on the ship at the time of the fire.)
Students are the Future:

What questions do young people have about nuclear power? Recently, Howard Shaffer and Meredith Angwin had opportunities to hear their questions. Meredith Angwin discusses the questions as well as the answers, and the implications for nuclear education. The post, Young People and Nuclear Power, is at ANS Nuclear Cafe.
Fukushima Update and Japanese Nuclear Future: For many people within the nuclear industry and outside of it, 2011 will be remembered as the Year of Fukushima. Will Davis of Atomic Power Review posts Fukushima Tepco Update for December 28. This post provides a set of updates on situations relative to Fukushima Daiichi: An announcement by Fukushima Prefecture with wide implications; a report by TEPCO on core, pressure vessel, and containment damage; and TEPCO's announcement of an attempt to "scope" No. 2 containment. In this post, Davis has provided his own illustrations to explain the information from TEPCO. I believe his excellent use of graphics is one of the reasons that Atomic Power Review is so widely read.
Scientists Punch Holes in the Linear Non Threshold Theory. Leading researchers at Lawrence Berkeley Laboratory, including a leading cancer researcher, designed an innovative experiment in which they could see cells repairing themselves after irradiation. As you might expect (but they showed) repair was much quicker and better after low doses of radiation. Another hole in the LNT theory. I blogged about it in the controversial post Will a Little Bit of Radiation Hurt You? Berkeley Scientist Break the Hold of Linear Non Threshold Reasoning.
Here's to a great 2012, for the Nuclear Industry and for the entire world!
To all my friends, and to everyone who reads this blog:
Have a healthy, happy, and prosperous New Year!
----------
Update: Happy New Year! On this morning of January 1, 2012, I also want to say "Happy Birthday to Yes Vermont Yankee." I started this blog as a New Year's resolution on January 1, 2010.
------------------------------
Photo from Wikipedia of New Years fireworks in London
Posted by Meredith Angwin at 2:30 PM

We had people working at the office today and late yesterday to meet end-of-year deadlines.

I guess those aren't taken as seriously at Judge J. Garvan Murtha’s office.