All of Vermont Wins When Vermont Yankee Operates

Vermont Yankee in March, 2012
When Vermont Yankee was built, its 40-year Nuclear Regulatory Commission (NRC) license was standard for new plants at that time. Although a new 20-year license was granted last year, the original license expires March 21. That day has become a rallying cry for plant opponents, who insist the plant must "shut down safely."
Many opponents speak as if it will be a personal defeat if the plant operates for a day past the 21st. They don't actually claim that on the 22nd, the plant will have safety problems that it didn't have on the 21st. Instead, whether the plant operates past the 21st has become a matter of "who wins...me or them?"
Safety is essential. To discredit Vermont Yankee, opponents make three standard safety-related claims. This article will answer these claims with facts, not win-lose rhetorical statements. The claims are:
1) Vermont Yankee is an old plant.
2) It could have an accident like Fukushima.
3) It puts nuclear waste on the banks of the Connecticut River.
1) Age and Vermont Yankee
Vermont Yankee is a steam-electric plant. It heats water to raise steam to turn turbines and make electricity. Coal plants are also steam-electric plants. Requirements for maintaining plant integrity are similar for nuclear and for coal. The median age of operating coal plants in this country is 46 years, and thirty coal plants have been running for more than 60 years.

I was a corrosion specialist in my working life. There are corrosion issues special to nuclear plants, and there are corrosion issues special to coal plants. These problems are different, but one is not worse than the other. If anything, coal plants have the harder time with corrosion, scaling, and other operating problems because they have to move so much material (coal) through the plant.
The power uprate made several years ago helps contribute to Vermont Yankee's reliability and safety. Opponents imagine that the power uprate is merely a matter of pushing an old plant too hard. Actually, the NRC only grants uprates when significant improvements have been made to the plant. At Vermont Yankee, Entergy in the last decade has installed $400 million dollars worth of new equipment. Much of this equipment was required for the power uprate.
In the nuclear industry, it is conventional wisdom that a power uprate is a good way to prepare for a license extension review. The plant replaces key equipment for the uprate, and the new equipment helps the plant achieve its license extension.
2) It could have an accident like Fukushima
On March 11, 2011, a massive earthquake and tsunami struck Japan. Schools collapsed, villages were swept out to sea, and an estimated 20,000 people died.
Five nuclear stations containing fifteen reactors were affected by the tsunami. All the reactors survived the earthquake, but transmission lines failed and diesel generators were flooded. At one site, three reactors lost power for too long, resulting in fuel damage, hydrogen explosions and radiation release. In accordance with emergency plans, population evacuations began almost immediately.
Japan is an industrial powerhouse and technically astute country. The question arises: Could it happen here? Shortly after Fukushima, a prominent anti-nuclear activist worried that a meltdown could happen to Vermont Yankee if a big hurricane came to the Connecticut River Valley. 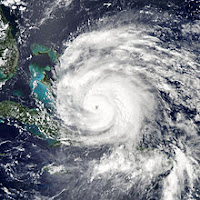 A few months later, Hurricane Irene flooded whole towns and washed out roads in Vermont. Vermont Yankee still made power at full capacity. Nuclear plants are among the sturdiest structures on the planet. Vermont Yankee is designed for a 500-year-flood, 360 mph tornado winds, and severe earthquakes. Worldwide, plants have operated through hurricanes, floods and tornados, as well as earthquakes.
To operate safely, a nuclear plant needs adequate cooling water and electricity. Vermont Yankee has resilient cooling systems, appropriate for its site. The plant draws water from Vernon Pond and also stores millions of gallons on-site. It has several types of electrical backup. Its diesel generators are above the 500-year-flood level, and it also has a direct power line to Vernon Dam. River water can be pumped directly into the reactor, if necessary. Vermont Yankee is well-engineered for its location.
3) Nuclear Waste on the Banks of the Connecticut River 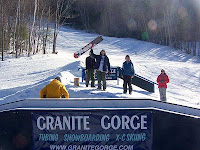 The storage of spent nuclear fuel is another hot-button for nuclear opponents. They delight in saying how some of this material has a half life of thousands, millions, or billions of years. They speak of the half-life in terms that imply it is terrifying that something will be radioactive for so long.
Actually, as a general rule, the longer the half-life, the less dangerous the material.
Let's look at what a "long half-life" means. Say I had a hundred atoms of an isotope with a ten-minute half-life. By the definition of “half-life”, fifty of those atoms would release radioactivity in a ten-minute period. That would be a comparatively high radioactivity release in a short time.
Now imagine I have a hundred atoms of an isotope with a ten year half life. Again by the definition of half-life, fifty atoms would release radioactivity over a period of ten years. In other words, every few months, one atom would release some radioactivity, and a few months later, another atom would. The isotope with a ten-year half-life is far less radioactive than the isotope with the ten-minute half-life.
The low radiation level of long-half-life elements is the reason we can walk in the hills, despite the presence of radioactive elements in the native rocks. These elements have long half-lives. An isotope with a million year half-life is not a very radioactive isotope!
In the near term, the dry casks can hold the fuel in great safety for hundreds of years. In the long term, "radioactive for millions of years" is a scary sound-byte but...it does not indicate high levels of danger, now or in the future.
On March 22
When the plant operates on March 22, some plant opponents will feel they have "lost.” The plant, however, will operate as safely as it had on March 21. Plant opponents may feel that they have “lost” but Vermont will have won a future of abundant power and jobs in the southern part of the state. Safely.
---------
This article was one of a group published by the Burlington Free Press on March 18, shortly before the Vermont Yankee "license-expiration" date of March 21, 2012. You can read the article in the Free Press here. If you do, be sure to read the comments! The article was also reprinted in other local newspapers, such at The Commons.
--------
Photos include the Capitol Power Plant in Washington D.C, a coal-burning plant that was built in 1910 and continued to burn all coal until 2009, when environmental protests caused a switch to partial natural-gas firing. It is there as an example of how long power plants can operate, if people want them to operate.
Another picture is Hurricane Irene, from Wikipedia, and an image of happy people at Granite Gorge. Granite contains elements that are radioactive, with very long half-lives. Despite this radioactivity, New Hampshire has nick-named itself the Granite State and promotes tourism to the mountains. As it should! If you don't get a chance to visit Vermont, visit New Hampshire!
Posted by Meredith Angwin at 8:51 AM

Always informative. Thanks! Have a great weekend, mary