A Court Case with a Deadline: The Black Start Diesels

Last night, the hearing officer for the diesel docket at the Public Service Board recommended granting a certificate to allow the diesels to be installed.  This is great news!  However, as Entergy notes in its response, the PSB has not yet ruled on this recommendation, so the situation remains uncertain.  Andrew Stein article at Vermont Digger includes a link to the hearing officer statement.

On June 4, in federal court in Brattleboro, there will be a hearing on Entergy's suit against Vermont's Public Service Board.  While many court cases drag on forever, this one is likely to be resolved quickly.  Entergy needs an answer from the court by mid-June.

Vermont Yankee needs a diesel generator.  The plant must begin pouring the concrete pad for it in mid-June.

Vermont Yankee has a direct tie-line to Vernon Dam, and had always counted Vernon Dam as a source of emergency back-up power. When Vernon Dam was re-classified and would no longer be a black-start facility, the Nuclear Regulatory Commission required Vermont Yankee to replace it with another emergency diesel generator.

Supposedly, in Vermont, adding a diesel generator at a nuclear power plant requires a ruling from the Public Service Board.   That's the current Vermont requirement, and Entergy tried to comply.  In early August, Entergy announced it would ask the PSB for permission to add a diesel generator.  The Brattleboro Reformer reported on the request on August 7 (Entergy to ask for new diesel generator at VY), and I blogged about it on August 13 (Black Start, Black Out and Diesels, Some Clarity).

Trying to Shut the Plant Down

As soon as Entergy said it needed a new diesel generator,  intervenors got ready to try to stop them from acquiring one.  As Ray Shadis of NEC said in the Reformer article: "the state even today regulates certain aspects of existing emergency generators -- such as exhaust emissions, petroleum leaks and noise."  He clearly hoped that this diesel generator, a required piece of nuclear plant safety equipment, would be stopped on the basis that diesel generators are..well, they are diesels. 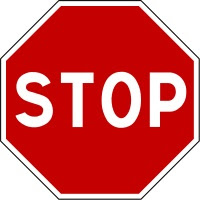 The Public Service Board Refuses to Act

Vermont Yankee began the process of asking for a new generator last August.  In general, such simple requests to the Public Service Board do not require complicated dockets, but are decided in two or three months. This type of request does not require not the same type of docket as a utility merger might require.  However, the PSB made it pretty clear that they were going to make this decision into a major issue. After months of hesitating, on December 27, they opened the investigation into the diesel with a PSB order that included these words:

As a preliminary matter, the Hearing Officer may request parties to examine the question of whether (i) the Board can and should grant permission for Entergy VY to install the generator when Entergy VY is not in compliance with existing Orders and CPGs and has not demonstrated that it is willing to comply with orders of this Board

The "orders of this Board" clause is not about something small.  It's huge. The question is whether Entergy has a right to keep operating Vermont Yankee after March 2012, when its original certificate of public good expired. In general, by Vermont law, plants can keep operating with an expired certificate, as long as they had applied for a new certificate in a timely fashion (as Entergy did).  But Senate votes and federal court cases (among other things) have muddied the waters on the certificate extension, at least in the opinion of the PSB.

I have not actually found any order from the PSB requiring the plant to shut down.  It seems to be more of an order-implied-by-the-question  that is quoted above. If someone can find such an actual PSB order, I hope they will tell me.  The last two years of PSB orders can be found on this page:  Recent Public Service Board Orders.

The PSB did issue an order recently, however.  On April 24, the Public Service Board entered a Scheduling Order on the docket, re-iterating that it wanted answers to the questions  from the December 27 order.  To put the matter rather mildly, with this statement, the PSB gave Entergy absolutely no assurance of a timely decision.

On April 25, Entergy sued the Public Service Board in federal court, claiming the Board has no authority over safety equipment at a nuclear power plant.  It seems clear to me (and apparently, equally clear to Entergy) that the Public Service Board is willfully interfering with the purchase of  nuclear safety equipment. The Board is pre-empting and frustrating the federal role of ensuring safety at nuclear plants.  Andrew Stein at Vermont Digger has a good short article on the lawsuit. I have the Entergy complaint (document that outlined their suit) on federal-filings-page of the Energy Education Project website.

As the Entergy complaint notes, on page 25:   Vermont's refusal to authorize construction of the station blackout generator....is an aspect of the state's long-running campaign to force the VY Station to shut down by any means necessary because of radiological safety concerns....[Vermont] has no genuine, non-pre-empted state interest in preventing construction of the blackout generator.

A June 4 date has been set for the hearing.


Even Nuclear Opponents Wonder about the PSB's Choices


Pat Parentau is no friend of Vermont Yankee.  He is a professor at Vermont Law School and an advisor to the Vermont legislature on methods for shutting down the plant.  However, even Parentau appears puzzled by the Board's actions.  A recent article by John Dillon at VPR quoted Parentau:

“The point is you have a federal law that mandates something to be done and the state seems to be frustrating that,” he said. “And that’s just not the position you want to be in.”...

“Once again, I’m concerned about how the state interacts with the federal court in this matter,” he said. “If they have a real basis to say, ‘no, we’re not going to let you do this.’ Then, okay, what is that basis? But they don’t seem to have that. Why didn’t the state just do something that would avoid this? I don’t know.”


The court date is coming soon.  It will be interesting to see how the state defends their position on the diesel generator.  I personally don't think they can defend it. "They don't seem to have that [a real basis for their statement]" as Parentau said.  So true, indeed.

The state is making arbitrary decisions on nuclear safety, and now they will be in court again.  However, every time a case is heard in court, it is a gamble.  I am not a lawyer. I  think the state does NOT have a good case, but I certainly don't think it is a slam-dunk that one side or the other will win.

I think Entergy is in the right on this, and I certainly hope for a good outcome in court.

Note: You can link directly to the Entergy filing complaint filing pdf here.  It includes a timeline, including Entergy warning the PSB of the date that it would sue them, if the PSB didn't move.  The pdf is a longish document and will take time to download.

I have another document, also, about Vernon Dam.   I asked an  Entergy spokesman if VY had tried to pay Vernon Dam to continue to be available as a black-start facility.  In return, he sent me this filing that Entergy made to the Public Service Board on April 12.  Entergy had asked Vernon Dam (TransCanada) that question and been refused.  TransCanada was willing to be black-start if required by ISO-NE, but did not want to take on the liability of being contractually bound with a nuclear power plant.

All filings to the PSB are public documents, but this one does not appear on the PSB website.  I thank Entergy for sharing it with me.  Mark Potkin's testimony on negotiations with TransCanada--a relatively short pdf.

Posted by Meredith Angwin at 7:21 AM

Re" "Public Service Board is willfully interfering with the purchase of nuclear safety equipment."

If so it's pernicious, spiteful, insidious and worthy of a big fat lawsuit or some punitive litigation. Forget the biased media; are there no Vermonters outside plant-related people who can see through all this if not the FUD?? The nuclear industry ought be heading up there and circling the wagons giving Entergy some air support if just for self-interest sake. What the antis ply on them they'll surely use on YOU!

Last night, the PSB hearing officer on this docket recommended that the PSB grant a certificate for the diesel installation. The Department of Public Service, (under Shumlin) has been opposed to Yankee's continued operation. However, the Department also recommended that the diesel certificate be granted. I have a link to good Vermont Digger article on this in the "breaking news" at the head of the post.

I guess if it is clear to me and clear to Pat Parentau of VLS that the Public Service Board was barking up the wrong tree, it is also clear to other people.

The PSB's "actions" on the diesel application appear to be a prolonged and deeply unprofessional sulk that Vermont Yankee didn't meekly close itself down.