Late last month, I wrote about my sorrow at Vermont Yankee closing in a post We are not Spock: Emotion and Nuclear Power, published at ANS Nuclear Cafe.  In this post, I wrote that nuclear opponents appealed to emotions: "I am so afraid!"

This post at ANS gathered a wonderful comment stream.  I will be using some of these comments as "guest posts" over the next few weeks. These comments truly expand and enhance the original post, and the ideas in the comments should not be buried in the comment list.

Here's the first of those guest posts: this one by Rod Adams. Adams hosts a widely-read nuclear blog along with podcasts.  For years, he has been a very effective advocate for nuclear power.  In his comment at the ANS blog, Adams looked into the long-term roots of sorrow about Vermont Yankee, including the many years of harassment of Vermont Yankee by the state of Vermont.

At his own blog, Atomic Insights, Adams wrote a post in response to my post: Nuclear Professionals can, and should get emotional.  Adams blog is excellent and widely read: this particular post has around 70 comments!  In the post, Adams talks about his own deeply-held feelings about nuclear energy, and how we need to give ourselves permission to reveal our emotions. We need to reveal both our passion for nuclear power, and our sorrow when a plant closes.

Without further ado or further referrals to Rod's blog, I present the comments that Rod Adams made about sorrow and Vermont Yankee. He made these comments on my "not-Spock" post at ANS Nuclear Cafe.

You are not alone in your sorrow. It is not just the loss of a single mature nuclear power plant, but the implications for our incredibly rich democracy. We inherited an amazing place from our forebears, but we are on a risky course of self-destruction.

You mentioned that Entergy made it’s decision based on “economics”, but the financial attributes that drove that decision are almost entirely fabricated. Sure, VY cost a lot to operate. Who can forget the description of the massive effort to find a leak of nearly pure water because it had a few milligrams of tritium in it, the armies of lawyers who were billing Entergy for months during a sustained effort to defend the company’s private property interests in a facility that most certainly was doing the public a lot of good, and the requirement for Entergy to pay all of the costs of its professional opponents in the form of the Public Oversight Panel chaired by Peter Bradford and employing Arnie Gundersen as its engineering advisor?

Sure, other power sources beside VY were selected for long term purchase contracts by the Canadian company that owns most of the monopoly electric utilities and a substantial portion of the Canadian gas that will be burned in the replacement power plants. If I am not mistaken, that is the same company with divisions that will be compensated for building the necessary transmission lines to carry the new power supplies.

Shumlin and his co-conspirators are deeply involved in companies that supply industrial wind farms and have worked hard to ensure they are compensated for those monstrosities by fees placed on everyone else. 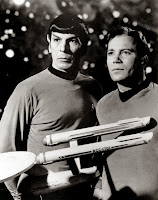 This is a sorrow-making situation that cannot be addressed with rational arguments. It is time for us to get emotional about the huge costs that are being imposed for no good reason other than to take from the poor and give to the rich. We need to resist the modern Sheriff of Nottingham (Shumlin) and his henchmen (Bradford, Cooper, Gundersen, etc.).

Rod/Meredith-
I understand the need to rally the pro-nuclear troops when something bad like the closure of VY happens. I also understand how a certain amount of public mourning could be useful in working out our emotions on how to go forward. However, if I may, let me be a little Spock-like here.

A power company is, first and foremost, a business. It needs to make money if it is going to stay in business. The upper management of Entergy, for what they think are very good business reasons, has decided the best thing to do is to shut down VY. In the end, this may turn out to be a bad decision. If the price of natural gas goes up significantly in the next few years, those executives and board members may end up regretting their choice. But it is their choice to make. It is their plant. It should also be remembered that this decision is not a reflection on the people who actually run the plant. From the information I can find, VY is a well-run plant with a good safety record and equally good capacity factor. We all know the tritium leakage that was so covered by the media was of no real health impact to anybody.

So how do we go forward from here? As for me, it will be with cold, hard facts. In my social media circles, I often remind people how fossil fuel emissions go up when nuclear plants are shut down. This goes for VY, as well as for SONGS, Kewaunee and any other plants that meet the same fate. The Breakthrough Institute has estimated the closure of SONGS will boost CO2 emissions by 8 million metric tons a year.

Cold, hard facts. It is also obvious what a disaster Germany's Energiewende has been and continues to be. German coal consumption is going up (much of it lignite), as well as their CO2 emissions, despite a huge build-out of solar and wind power capacity. German electricity costs are among the highest in Europe. Meanwhile, nuclear powered France has some of the lowest priced electricity on the continent. These facts continually need to be rubbed in the face of the environmentalists who feel so happy about VY's closure.

Finally, I might put forth a question that I can imagine Dr. Peter Sandman asking in this situation. Who's outrage are you managing here, your opponents or your own? Managing your own outrage is fine, but don't think for a minute it has any effect on the anti-nuclear bunch. (By the way, isn't it about time to have Dr. Sandman on the podcast again? It was promised as a two-parter.) Perhaps the question of how to deal with these sort of setbacks can be addressed with Dr. Sandman?

It is fine to be emotional/sad/depressed about the VY situation. I am still trying to deal with SCE's decision regarding SONGS. Going forward, we need to be armed with the facts regarding nuclear power. But it should also be remembered that business decisions which are out of our hands are what is most important.

Sorry if this is a little long. Hopefully there was a point in there somewhere.

Thank you for your comment. It is really for Rod, I think, if he gets to answering it. Meanwhile, I was on the Sandman podcast and I have opinions about Sandman's views.

The podcast was far more of a lecture by Sandman than a discussion, but that is just how it was. He wrote the book on "outrage," we didn't.

As a general statement, I would say that Sandman does not advocate the use of facts. This is an overstatement, of course, but there you are. If he can call "anger" by the name "outrage," I can say that I think that he doesn't believe facts will convince people.

By the way, Sandman chose the word "outrage" for what I might call "anger". His justification for this term: "I like the word (outrage) because it suggests strong emotion but also suggests that the emotion is justified," (page 7 of Sandman's downloadable free book) Okay. The emotion is "justified." That's why I don't like the word.

Sandman has many useful things to say, and I think some of his recommendations are excellent. I would agree with him that we have to acknowledge our opponents emotions, and also our own. (Well, I am not sure how he feels about our own emotions, when I think about it.)

I look at him as someone who can contribute to the conversation, but I do not buy into his particular world view. I am not "managing" my "outrage" or the opponents "outrage." People have many emotions....anger, sadness, joy, fear, gratitude. "Outrage"? Well, it exists, for sure, but it is not my first choice for describing an emotion. It's more of a mix of emotions...

I am always willing to hear what Sandman has to say, because it is a useful perspective. That said, he is not my guru.

Assuming what you say about it being strictly a business decision is true, what concerns me about the approach the company has taken is that they didn't even try to bring down costs at the plant to make it more competitive. They simply quit. That suggests that something else is in play here, things that go outside of normal market forces. Its no secret that the company has faced legal challenges brought by political opponents. Those political opponents also put in place market distortions that made it difficult for VY to offer its product at competitive rates, and even when they did, political forces influenced potential buyers not to purchase their product, even to the detriment of the consumers. That tells me that Entergy based their decision not only on market considerations, but also political hostility. It is unfortunate that political forces will drive out of business a legally operating company, providing good jobs and security for hundreds of families, paying taxes, and serving the community. There is a lesson here for all businesses that now operate or may think about operating in Vermont. If you fall out of favor, you may be done.

The cold hard facts have favored nuclear energy development and sustainment for almost as long as the technology has been available. That has not stopped the opponents from successfully attacking and from capturing the "moral high ground" in the minds of many members of the public.

We can agree to disagree and to employ a variety of tactics in the battle to win back the hearts and minds of as many people as possible. You can work on the minds and focus on facts; I will continue to use emotion, throw in some guilt, and describe the benefits to mankind of taking action to support nuclear energy.

My activity might not make perfect sense to those whose decision processes are driven by dollars and cents measured over a short time frame and limited system boundaries. However, unlike a standard, "for profit" only corporation, I include the effects on our country, our environment, and our people in performing a cost-benefit analysis. By that computation, shutting Vermont Yankee makes little or no sense. I do, however, recognize that Entergy was facing an up-hill battle in a state that seems to think that "Entergy Louisiana" was a slur.

I guess Vermonters think that us southerners are from a different country.

Seeing the strong arm tactics of the New Canadian owned Vermont power/gaz company, get ready for rates to rise and citizens will feel the pinch. Nuclear power is our future. Lawyers are the overrated resource. Once they killed Yankee, they will now be flipping burgers. A silver lining. Vt law school's declining enrollment.