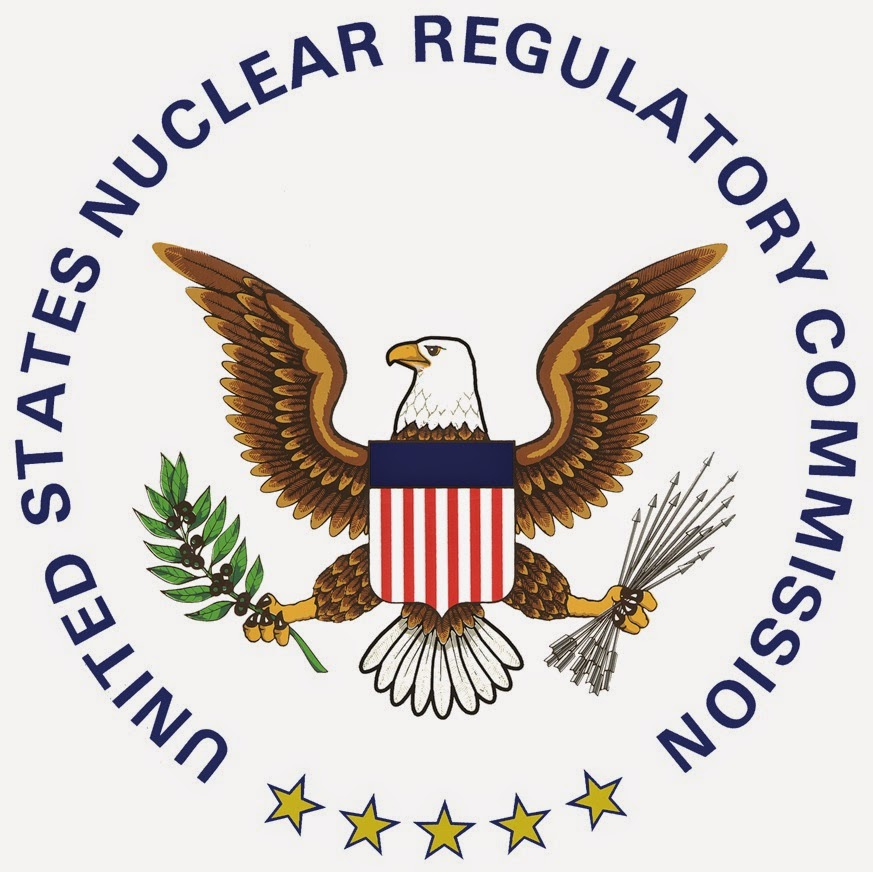 I decided not to go to the meeting.  This morning, Susan Smallheer wrote an article about it in the Rutland Herald.  This article is behind a paywall, but here's a short quote:

Activists brought "laugh track" buttons that they used whenever there was a response from William Dean, the Region One administrator for the NRC, as well as others.

I am glad I skipped this meeting. With this kind of organized opposition, my presence would have done little good.

Okay.  I admit it.  If the plant was going to continue operating, I would have gone to the meeting anyway.

Next week, the  NRC will hold its annual public meeting to discuss the NRC's safety assessment of Vermont Yankee. The meeting will be held Wednesday, May 28, 2014, at 6:30 p.m. at the Brattleboro Union High School. You can follow the NRC link to the meeting information here.

From the meeting information,  you can follow links to find the assessment letter that the NRC sent to Vermont Yankee. The plant is operating well. As reported in Vermont Digger, the NRC concluded that: "Overall, the Vermont Yankee plant...operated safely during 2013, with no findings exceeding very low safety significance. As a result, Vermont Yankee will continue to receive the NRC’s normal level of oversight for the remainder of 2014..."

Some opponents think the NRC couldn't do its job without their assistance. As reported in The Commons, one opponent said: “In my experience a good number of people at the NRC want to do the right thing, they want to be vigorous and fair regulators, but they need our help..."

Well, I suppose you could call it "help."  Judging by previous years, many opponents don't actually "help."  The NRC cannot seem to keep order at these meetings in Brattleboro.

This is what happens at the meetings. The NRC staff show up.  There's a moderately civilized "science fair" until the major opponent groups show up. Then everyone goes into the meeting room. The opponents march around in costume and chant. The opponents shout at the NRC people. Then the meeting is over for another year.

I have reported on these NRC meetings several times in the past:

2012: NRC Public Meeting in Brattleboro: The Politics of Intimidation
2013: Speaking out of turn at the NRC meeting

In fairness to the opponents, not all of them march around and shout.  Some opponents get pretty frustrated at these meetings, just as plant supporters get frustrated.  Quieter voices can't get a word in edgewise.

These meetings are unpleasant experiences, but I always go to support the plant.  But since the plant is shutting down anyway, I am not sure it is worth the hassle.  I mean, I am sure I'll see the new costumes and masks in a newspaper article or in Vermont Digger.  It's not worth going to the NRC meeting just for the fashion show.

Do I urge plant supporters to go to the meeting?  Since I am not sure if I will attend, I would be hypocritical if I urged everyone else to go.  On the other hand, there are reasons to go. A supporter can visible and maybe have a small quote in one of the newspapers.  That is worth something.

Still,  the night of the NRC meeting is probably a great night to go out with a friend and see the movie Godzilla.   If you're going to spend an evening worrying about radioactivity, at least you can have some fun.  Afterwards, you can vote in the Nuclear Energy Institute poll:   Is Godzilla Your Favorite Radioactive Monster?   Since "radiation" makes most of the blockbuster movie monsters (and it makes some good guys, like Spider Man),  you will have many monsters to consider.

The movie sounds like more fun than the NRC meeting.

I'm trying to make up my mind.

Posted by Meredith Angwin at 8:42 PM

I'm still debating about going. Since the antis want to talk about decommissioning, we may be able to get in some licks.

Why bother going at this point, really? To join antis watering the daisies where the plant was gouged out of the ground? Buy some popcorn and watch a real lizard who doesn't care what he tramples!

I'm glad we didn't go.
It is hard to watch that tragedy continue.
This is the collision of two different worlds-two different belief systems.
The profession,industry and country need to find a way to address it.

Sounds like a pretty childish thing to do, play recorded laugh tracks when professional people are taking the time to offer real information. Why can't these idiots grow up and act like adults for a change?

OK Tell be again why this plant is being shut down. This payment shows that the plant was profitable last year. Why shut down a profitable plant?

Legal challenges might be a cause but it seems to me the the company was winning in court. When you are winning in court, why would you want to shut down a profitable plant?

The market does not consider the clean air to be of value, but even though the market did not value clean air, the plant made a profit.

Is it true that the company sacrificed a small profitable plant just to get attention? Kind of like the kid that gets mad and takes his ball and goes home.

No matter what else you say, the fact is the plant was operating in a politically hostile atmosphere. Every time they turned around Governor Scumbag was having his hatchet men filing lawsuits. You had a renegade state legislature trying to usurp federal authority to the point of having to be slapped down by a federal judge. You had Senator Sandbag going on TV raving about how the plant should be shut down. You had workers and their families being harassed, being told they are liars, are good-for-nothings, are destroying the environment when in fact the opposite is true. You had Governor Scumbucket going out of his way to call the company Entergy Louisiana, when in fact VY is a Vermont plant (that's what the "V" stands for), then the same slimeball makes deals not with out-of-state companies, but foreign companies, to supply the energy lifeblood of the state. You had consummate professional people coming here to provide public information in open meetings, only to be met with insults, laugh tracks, idiots in costumes disrupting the meetings, and generally rude and ill-mannered adults acting like children. Now, tell me again why you'd want to do business in an environment like that?