Why Electricity Costs Spiked in New England: My Op-ed

Why Are the Rates Rising?

A Valley News "Forum" letter writer was speaking for many recently when he asked about the huge electric rate increases this winter and the paltry explanations for them. David C. Montgomery of Hanover said his electricity bill had increased by 72 percent, even as petroleum products have dropped in cost. “All we have seen,’’ he wrote, “is a rather unconvincing claim about the need for more natural gas pipelines in New England and a series of what seem to be diversionary workshops on insulation.”

His letter states the problem succinctly. Oil prices are down. Gasoline prices are down to levels not seen for years. Natural gas prices are still low. “The need for more pipelines” does seem a rather weak claim, compared to the cheapness of the commodity carried in them. Also, why would we need more pipelines now, when we didn’t need them five years ago? The demand hasn’t changed that much.

The answer is that the grid itself has changed in our region. Power plants have been retired: Salem, Mt. Tom, Vermont Yankee. When coal and nuclear plants shut down, existing gas plants run longer and use more fuel, to make up for that power. More gas-fired plants are also being planned for the future. 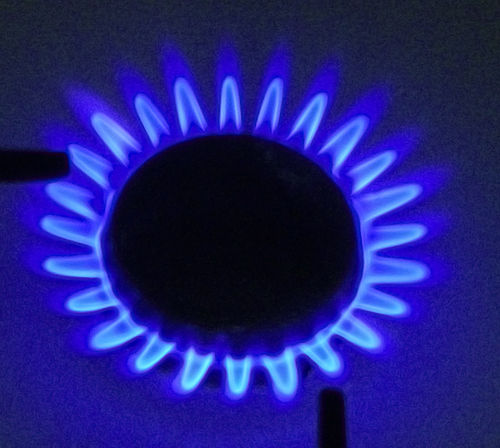 Now, the price of natural gas has fallen, and nearly half of our electricity demand is met with the newly inexpensive natural gas. With increased demand, the pipelines are no longer adequate. Particularly during very cold weather, when homes use more natural gas for heating, there isn’t enough available for power plants.

Last year, when temperatures plummeted and natural gas ran short, power plants burned oil, diesel and even jet fuel. The price on the grid went up as utilities bought power produced with more-expensive fuels. Last year, bulk electricity prices often soared past 40 cents per kWh (kilowatt hour) during times of high demand. (It’s usually 3 to 8 cents per kWh.) You can track realtime prices on the grid operator site (ISO-NE) on the Web.

Other costs also go up when power plants retire, but these aren’t so easy to track. For example, capacity payments go up. So far, I have described prices for kWh . . . that is, for power produced. There’s also something called a “capacity payment”: a payment for a plant to be available to produce power. The capacity payment auction takes place three years in advance. In 2013, the auction yielded $1 billion for power plant operators. Then a number of plants retired. With more scarcity, the 2014 auction brought $3 billion to plant operators. These billions are not as visible as the “price on the grid,” but the money comes from ratepayers and raises everyone’s cost of electricity.

Then there’s the reliability issue. The grid operator will do whatever it must to ensure reliability. For the past two winters, our grid operator has run “winter reliability programs” and frankly, that program saved us last winter. Last winter, the operator paid about $70 million to power plants that could burn oil. The plants used this money to stock up — with a supply on site, they had fuel available when they were called upon. Indeed, when gas-fired plants could not get gas, the oil-burning plants went online.

Last year, the Winter Reliability Program cost $70 million in the Northeast. This year, it is budgeted at $80 million. These multimillion dollar programs get translated into our winter power bills and winter price rises. However, there is a bit of hope for the future. This has been a milder winter, with low oil prices. To date, the grid’s Winter Reliability Program has spent far less than last winter, and that is a hopeful sign for the future.

What about renewables? I will not focus much on renewables or their costs, because they are a very small portion of the electricity supply. I have been watching the hourly fuel supply on the grid rather closely, and wind has never been more than 2 percent of the supply. Renewables, including biomass and refuse, are about 6 percent of the supply. Renewables are not the cost-drivers on the grid.

I’ve explained the reasons for recent price rises, but do I have a solution? Well, a partial solution, maybe. First, I believe in conservation, and I just invested a great deal in improved insulation for my house. (And I want to thank Efficiency Vermont for picking up part of the cost.) To me, workshops on insulation are not merely diversionary. They are terribly important.

Being in favor of insulation is about as controversial as favoring real maple syrup. My second point is a little more controversial. Supposedly, we need more pipelines because gas is the fuel of choice . . . now. It’s abundant and cheap. But I don’t think it will remain cheap. Should we be building more pipelines because of low-priced gas? I am not sure. If the price of gas goes up, the pipelines will not be fully used.

If we are going to have a heavily natural-gas grid, we could keep our costs more stable (for now) and our grid more reliable by building more gas pipelines. But I think it would be better to choose conservation and grid diversity. With that, perhaps we could have reliability and prevent further drastic price rises in the future.

-----
Meredith Angwin of Wilder is a physical chemist who worked for electric utilities for more than 25 years and now heads the Energy Education Project of the Ethan Allen Institute.

It was illustrated with a very nice picture of Vermont Yankee.  The op-ed has appeared other places, also, including Vermont Digger, where it began to have a lively comment stream, but then a well-known anti-nuclear activist took over the comments.

I don't think it is worth duking it out with trolls, especially after they insult me.  For example, this line: Ms. Angwin still fails to acknowledge, however, that her basic premise is simply false: it is simply not a “fact that electricity prices are soaring all over the region.”

In cheerier news about this op-ed, Don Kreis wrote a letter to the Valley News about my op-ed. Kreis is a former professor at Vermont Law School and a hearing officer with the Vermont Public Service Board. (His letter is not on the web, so I can't link to it.)  I am proud to quote the first sentence of Kreis's letter:

Meredith Angwin of the Ethan Allen Institute is a rock star among energy analysts, and she hits the right chord by blaming the recent run-up in electric rates on our big regional embrace of natural gas as a generation fuel.

Meredith: Just for the record, I left my job with the Public Service Board about a year ago and am now a senior energy law fellow at Vermont Law School.

Don,
Thank you for the update. And of course, for the letter!
Meredith