Green Mountain Power(GMP) is a wholly-owned subsidiary of GazMetro of Quebec. GMP has applied to the Vermont Public Service Board for permission to take over Central Vermont Public Service: Docket 7700. If GMP owns CVPS, over 70% of Vermont will be served by a utility owned by Gaz Metro.
Since Gaz Metro also owns Vermont Gas Systems (VGS), the only natural gas supplier to Vermont, this electric utility merger would be a major consolidation of Vermont energy infrastructure (electric and gas) in the hands of a foreign corporation. To me, this is very different from Unilever owning Ben and Jerry's. There are other sources for ice cream in Vermont. With the Gaz Metro takeover of GMP, there will be no competing sources of energy in most areas of Vermont. Governor Peter Shumlin favored a Gaz Metro takeover of CVPS, discouraging a bid from another Canadian utility.
In analyzing the ramifications of this possible merger, I feel it has three over-arching issues.
I covered the first two issues in an article this morning at True North Reports: The GMP/Gaz Metro merger. I plan to cover the third issue: weak regulation and conflict of interest, in a future article at True North Reports. 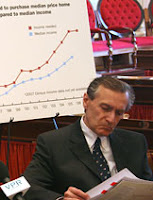 Conflict of Interest Article at Vermont Digger
This morning, Vermont Digger published an article about the conflict of interest issue in Vermont, which is being energetically pursued by Senator Vince Illuzzi. The Commissioner of the Department of Public Service, Elizabeth Miller, is married to a lawyer who is a partner in the law firm representing GMP in the merger. The Vermont Digger article is Before the PSB: State senator leverages fight over independent counsel for Gaz Metro merger. I encourage you to read it. The DPS says Ms. Miller does not have a conflict that would cause her to recuse herself. The Digger article is excellent, with many links to original documents, such as the DPS answer to Senator Illuzzi. I recommend this article very highly.
When I write my own article (promises, promises) I also plan to cover recent Public Service Board decisions that protected utility and Gaz Metro interests, and did not protect the citizens. The charter of the DPS is to be the advocate of the ordinary citizen in cases before the PSB. DPS is not fulfilling to that charter, in my opinion.
------------
John McClaughry, head of the Ethan Allen Institute, was one of the first to raise the issue of infrastructure consolidation and conflict of interest, in his Vermont Tiger post Sen Illuzzi and the Utility Merger Case. The picture of Senator Illuzzi is borrowed from that post.

Posted by Meredith Angwin at 8:40 AM