The Society of Friends and Nuclear Power and Vermont Yankee 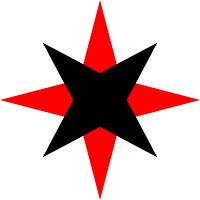 The Putney Society of Friends
On November 22, a letter about Vermont Yankee appeared in the Brattleboro Reformer. This letter was unusual, because it was sent by the Putney Society of Friends.
Editor of the Reformer:
As members of the Religious Society of Friends, we believe we are called to be good stewards of the earth.
Whether through weaponization, accident or mismanagement, the destruction of life and the degradation of nature has been, and continues to be, an ongoing consequence of the use of nuclear technology.
As a result of these concerns, Putney Friends Meeting firmly supports the Vermont state government’s efforts to close the Vermont Yankee nuclear power plant by March 21, 2012. We call on all our members and attenders to consider joining the citizen’s movement working to enforce the people’s will on this matter, up to and including nonviolent protest and civil disobedience.
We are made to be an integral part of this wondrous Creation. Let us choose now to take up our stewardship commitment, fully accepting our responsibilities to care for our planet and its peoples. Let us choose now to join with other Friends, and all people of good will and understanding, to move forward through worship and through witness to accomplish our goals.
Signed on behalf of the Meeting,
Carol Forsythe,
presiding clerk.
Not a Friend Myself, You Know 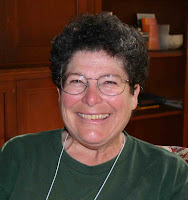 I am not a member of the Society of Friends. I'm Jewish. I found this fatwa a bit disturbing, since it is fossil fuels that degrade nature. (By the way, a fatwa is a religious ruling, not a call to murder. I couldn't think of a better word for this letter from the Putney Meeting. The letter is a religious ruling against Vermont Yankee, and calls on pacifist Friends to take non-violent action against the plant.)
However, I do have a friend who is a Friend. Karen Street writes the blog A Musing Environment, and she and I have had friendly discussions on this blog about energy use. We don't always agree.
Street wrote an excellent article in the Friend's Journal about nuclear power. She's in favor of it. The article is Earthquake, Tsunami and Nuclear Power in Japan.
Here's a few quotes from that article, and I would also recommend reading comment 11, which is her rebuttal to some comments on the article.
Fear of other can obscure and distort our perceptions of actual risks. For better or worse, one doesn't have to seek sources of risk in one's own behavior when there is a convenient other to blame for untoward outcomes, such as callous scientists and industry, inadequately regulated by government....Nuclear power plays a pivotal role in the we-good, they-bad fights among many Friends...While we steep ourselves in fears of what might happen at a nuclear plant this month or next, the climate continues to change at a frightening rate....A fear that says, "Well, nuclear power may end up killing someone" is, in this way of thinking, allowed to take precedence over far greater dangers to human beings. Any fear that says, "My fear is more important than the facts," a fear based on "what ifs," blinds us to steps that would address real and present dangers.
Her article is very carefully researched. The article, combined with comment 11, is a good resource for anyone studying nuclear power.
It is also fairly long. If you don't feel like reading it (or even if you do) I recommend this Friend's radio program interview instead. You can hear Street's kind and thoughtful voice, and think about what it means to be a Friend or a friend or an environmentalist.
Here's a link to Street at Northern Spirit Radio. You don't have to sign in, by the way. They want you to sign in, but you don't have to.
Church and State and People
Separation of Church and State means that the State can't favor any particular Church. However, churches can definitely take stands on matters of state. This is the way freedom works. Still, I was not happy to see a church taking "shut down Vermont Yankee" as a religious injunction.
Karen Street is a woman who owns no car, rides a bicycle, does not travel by plane, and is concerned with the future of mankind. As I mentioned before, she walks the talk about environmentalism and climate change.
Through Karen Street, I see that the Society of Friends is not monolithic, and I am grateful for that.
Update: Karen Street has an excellent update on her post, at Energy Collective today. The Discussion Continues: Nuclear Power in Japan. Street answers the questions raised as comments on the first post.
-----------
Quaker Star, symbol of Society of Friend's Service, from Wikipedia
Posted by Meredith Angwin at 8:30 AM

Well, while I respect their faith, this statement by the Friends is hypocritical and a half. If they REALLY want to show what even-handed stewards of the earth they are, they should pull up a blackboard and chalk up all the outright deaths and pollution diseases and environmental damage are incurred by nuclear plants alongside Oil, Gas and Coal and Hydro through the ages. Will the Friends mourn the hundred thousands victims and neighborhoods blown away by THOSE accidents and pollution health affects? Believe me, there are plenty of victim towns and families of oil and gas accidents who'd kill to trade places with Fukushima to have their lost loves survive its brand of "catastrophic" accident. I mean I thought the Friends want to SPARE lives, not promote new casualties! If they're going to count Hiroshima (with far more bane and blame than they'll admit) and H-bombs in the nuclear mix too, then that's just trying to label and punish and banish an energy source as evil just because of its misuse by Man. A rather silly eco-avenging grudge in my book. I mean, nuclear energy is hardly an "unnatural" evil monster -- indeed, atomic energy is the very CORE of nature and everything matter and energy in it. Atoms are the building blocks of God. Though Benjamin Franklin wasn't Quaker, the Friends sure didn't mind him tacitly letting others assume so, and I bet a year's wage he would've marched for nuclear power 100%. To be swayed and ruled by hyped fear and bogeymen is a terrible thing to haunt one's soul.

Beyond being publicly taken as Quaker, man of peace Franklin's European journeys would've witnessed with appall the total deforestation of Britain and areas of Europe just to keep homes warm and mills going and wooden ships built, and would've seen with dismay the blackened bodies and lungs of coal miners and their ill families. A man familiar in the hazards and harnessing of natural forces who knew windmills wouldn't cut it for progress, Franklin would've welcomed the overwhelming pluses atomic energy has.