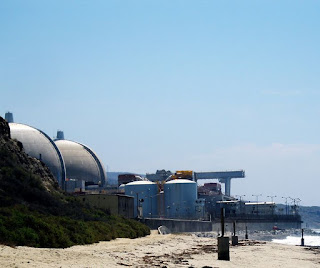 I was a project manager in the Steam Generator Owner's Group at the Electric Power Research Institute (EPRI).  In other words, I am a steam generator expert.

Which led me to a bit of an email battle yesterday about the Southern California Edison decision to close the San Onofre nuclear plants (SONGS). The question under debate was whether the NRC was being reasonable in saying they needed a year to determine whether SONGS would be able to re-open.   My friend said that the delay would improve safety.  I felt the NRC was being unreasonable.

Here is my email to my friend.  I include background and links at the end of the post. 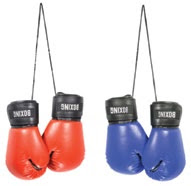 Also, unless quite a few steam generator tubes break at once, a tube break is not a safety issue that should affect anyone outside the plant. Operating at a lower power is less likely to cause a tube rupture in the first place, and SONGS was going to check the condition of the tubes after six months of lower-power operation.  I would bet a bunch of money (if I could) that the tubes would be fine after the six month test. Then they could run the plant longer.   I don't know why the NRC needs over a year to look at the safety implications of operating a plant at lower power.  It seems excessive to me, and I don't mind saying so.

Look, I am not saying it's a just a public-relations problem or that the utility or the steam generator supplier did everything right and they are being picked on by the NRC, etc.  I am just saying that we have forgotten some basic facts about how steam generators work.

And we may have forgotten some basic facts about the NRC, which may yet lead to closing more plants and never licensing new ones.  The NRC takes insane amounts of time to do anything, and is very vulnerable to intervenor pressures.  For example, they reviewed the Duane Arnold relicense in about two years, and they took over five years for Vermont Yankee. These two are sister plants, but
the Arnold plant is not in Vermont.  We have more intervenors, so the NRC takes more time. If you don't believe this is part of the issue in CA, you are naive.

Oh by the way.  Some of the first engineering  projects I worked on were funded by CARB and EPA, about trying to cut NOx pollution in the LA basin.  Gonna be fun, replacing SONGS with gas-burners in that neck of the woods.  I absolutely hate it.  It didn't have to happen.


San Onofre Nuclear Generating Station  (SONGS) consists of three separate plants, two of which were operating and one was retired. The two operating plants added up to more than 2000 MW of capacity. In January 2012, after excessive tube wear was discovered in newly-purchased steam generators, Southern California Edison took SONGS off-line for more inspections and possible changes. The wear was due to an unexpected form of vibration, which caused some tubes to rub against each other.  Edison submitted a plan to the Nuclear Regulatory Commission (NRC) for restarting one of the reactors: the unit would run at lower power (70% power) which should eliminate the vibration.  It would run at this power for five months, and then be carefully inspected.

After a request by anti-nuclear groups, the NRC determined that the proposal to limit SONGS Unit 2 to 70% power would require the plant to obtain a license amendment. The license amendment process requires public hearings and would take more than a year. The NRC made this decision in May.

Faced with this delay and uncertainty about the NRC process, on June 7 (yesterday), Southern California Edison said it would permanently close the two SONGS units.

Let me finish with a quote from Will Davis at ANS Nuclear Cafe.  He sums up the situation beautifully:

Some might quickly respond that it was technical problems that killed the plant. Perhaps in the bigger picture, this is correct; but in the earlier days of nuclear energy, quite a large number of technical problems were encountered in nuclear plants and overcome after testing periods.

As I said above: This shutdown didn't have to happen.

Posted by Meredith Angwin at 8:50 PM

The NRC has lost its way.

It was recently headed by fanatic anti-nuke Jazco. Local Vermont anti-nuke Bradford was a prior commissioner.

The SONGS regulatory delay was started off by another regulatory body before the NRC could start.

The NRC will not issue licenses for ANY new reactors because it suspended its waste confidence ruling.

The US Nuclear Regulatory Commission is not capable of licensing and regulating new nuclear reactor technology. Its rules and procedures are specific to existing PWR power plant technologies.

After unproductive interactions with NRC, TerraPower has been driven from Washington state to China to gain permission to build its TWR.

In 2007 NRC had proposed developing risk-informed, performance-based, technology-neutral regulations but the administration and Congress have not authorized nor funded this.

I helped with the license renewal of a non-power (research) reactor. After the initial submittal and close to a half-dozen follow-up RFAIs, the renewal was approved. The total time from submission of the application to granting the renewal was about seven years. And this for a non-power reactor in the single megawatt power range. Some of the follow-up question were very strange, things like the affect of operation on "historic buildings/structures" (the facility is in an isolated area with nothing around it), or compliance with the coastal protection provisions of federal law (nearest ocean is about 600 miles away). With those kinds of things, you really, really have to wonder what's going on.

I really thought they would decommission #3 and let #2 run to get at least some of the electricity the area needs. But it was probably just a matter of too much aggravation to deal with that led to the decision to close. In this case, I kind of hope for the decon method and start on the parts closest to the shore to allow people to use that area. All that exposed equipment is ugly.

Meredith, I would not be too upset, you get a chance to tell people in Cal. "I told you so".

Oh, but would it not be ironic if years from now SCE decides to build a BOILING WATER reactor on the site?

About 20 years ago I was at a utility users group conference in Orange County, CA. One of the engineers told me of the problems they were having getting the Gas Turbine Peaking units approved by the CA-EPA. They finally got approval by agreeing to "inspect, adjust -if necessary- clean, and assure that each of the in-wall gas heaters that are common in the southern CA area were running at peak efficiency and with minimum release of pollutants - Annually." Calculations showed that if they did this the reduction would offset the increase from the new gas turbine. They needed the electricity so bad they agreed to that requirement.

I agree with all these comments about the NRC and about California energy! Thank you.

Alas, I don't think saying "I told you so" will be all that satisfying...

Meanwhile, this just in:

Tonight, HuffPost Live ( a web streaming news feed of Huffington Post) is going to have a discussion on SONGS. You can comment while the debate is going on. It will be for half an hour, starting at 8 p.m. Eastern time. This NEI article has links to many west coast newspaper reports on the subject. Kerekes from NEI will be on Huffpost.
(NEI article)

The outrage directed at Southern California Edison and San Onofre was too great to overcome. The plants (Unit 2 at least) could have operated at 70% power, but it was easier for the NRC to delay and force SCE to make last week's decision.

You are using Dr. Sandman's formula, which is a correct formula, but he chose the wording for his own "framing" purposes IMO.

I really need to blog about this whole thing one day. I have become more sensitive to framing and loaded words, and his use of "risk" for the combination of risk and emotion is pretty much an exercise in framing.

I was on a podcast about this, and many important things were said by Sandman. He knows a lot about communication! I was glad to be included in the podcast! In the podcast, I did not have much chance to ask him questions.

Also, Sandman seems pretty solidly attached to his word-use and framing. "Risk, hazard, outrage" is how he describes the situation. Also, I am not very confrontational. I probably wouldn't have asked about the word-use, even if I had time. Sigh. I try to "know myself," even if I don't like the conclusions I reach about myself!