I hope this agreement will be ratified by the Public Service Board.

But the story is always longer and more complex than it first appears.

1) Issue: The Ruling and the Timing
According to Section 2 of the Settlement Agreement, there's a March 31 deadline. If the Board does not grant Vermont Yankee a CPG that approves the continued operation of the plant through the end of the fuel cycle, and in accordance with the agreement terms, the agreement may terminate at the discretion of either party.   So we can expect to hear something from the PSB by Monday, March 31.

Re-Issue: BrinksmanshipLast year, when the Board had a deadline about a CPG for emergency diesels for Vermont Yankee, they waited till the last minute to issue the ruling. They played a game of brinksmanship, as I described in A Court Case with a Deadline: The Black Start Diesels.  Are they still playing this game, or will they rule?  We will know by March 31.

So the state wants the fuel to be moved, but no decommissioning funds are to be expended to move it. As I noted in The Fuel Pools: Opponents Say the Darndest Things Attorney General Bill Sorrell plans to "take legal action" if Entergy removes money from the fund in order to move the fuel rods. 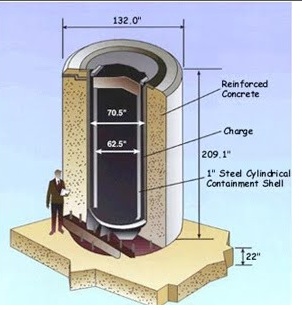 Does the state truly want to get into a court battle about regulating nuclear operations and safety? Didn't they learn something by losing two court cases?

3) Issue: Will the State Obey the Law?
Okay, let's assume the issues above are resolved nicely.  Let's say that the PSB rules on time, and they rule in substantial agreement with the Settlement Agreement.  Let's say that Attorney General Sorrell finally understands the term "federal jurisdiction over nuclear safety" and decides not to sue if Entergy uses decommissioning funds for decommissioning.  In other words, everything is great.

The question becomes: Will it matter? Will the state live up to its side of the bargain?

Re-Issue: The Shumlin Administration Regularly Breaks Its Own Laws

Earlier this year, John McClaughry wrote comments to the PSB: "Can Entergy Trust the State?" McClaughry explained that when the state passed a law giving the legislature a vote about Vermont Yankee's continued operation, this law was a clear breach of contract with Entergy. The law was a major and one-sided modification of the Memorandum of Understanding that Entergy had signed.

In my opinion, the state is quite happy to break any law that inconveniences it.  This is not just about Entergy.  Governor Shumlin has been eager to pass a law for single-payer health care, and the law was passed. According to that law, the government had to propose a plan for financing the system, and the plan had to be presented to the legislature by January 15, 2013. It has still not been presented.  Estimates for the cost of the single-payer system range from $1.5 billion to $2.2 billion per year.  There are about 600,000 people in Vermont.  If the cost is $1.8 billion, that is $3000 per citizen.  A rather massive payroll tax has been proposed, and of course, everyone hates that idea.

When Governor Shumlin was recently asked: "What else can we tax (besides a payroll tax  to finance this)?" Shumlin answered: "bubble gum and lollipops."  I encourage you to read Representative Tom Koch's Op Ed on this subject: A Governor Who is Above the Law.  I
also recommend Rob Roper's commentary: Irreconcilable Differences in Single Payer Promises.

Note for those who do not live in Vermont: this is not about the Affordable Care Act.  This is about a single-payer system that the state of Vermont, all by itself, plans to implement.
I don't want to get deep into the weeds of this controversy, but I just want to say that if Shumlin does not obey his own laws (the ones HE wanted to pass) about his own pet project, how is he going to treat the Entergy agreement?


Soon we will know

The PSB should rule by Monday, March 31, or the Settlement Agreement may become null and void.

Acknowledgment: John McClaughry and Rob Roper are officers of the Ethan Allen Institute.  I am director of the Energy Education Project which is part of that institute.
Posted by Meredith Angwin at 3:26 PM