At his blog, Atomic Insights, Rod Adams recently posted Resolving the issue of the science of biological effects of low level radiation.  In this post, he encouraged people to sign a letter urging the American Nuclear Society (ANS) to address the issue of unreasonable fear of low levels of radiation.  There is now a great deal of evidence that, below a threshold value, increases in radiation exposure do not lead to increases in cancer.

Adams provided a link to the letter, which urges the  ANS to ask for a review of newer evidence (studies done after 1956) concerning the use of Linear Non Threshold (LNT)  to predict cancer deaths from radiation.  LNT asserts that there is no threshold for increased cancer risk.

Once Rod had posted, the comments came thick and fast, starting with a one-line comment that Rod was tilting at windmills.   (I encourage you to read the comments and join the conversation.)

I  was very impressed with Howard Shaffer's comment, and I obtained his permission to use it as a guest post, as below.  I did a few edits, with his permission.

The consequences of assuming No Safe Dose: By Howard Shaffer

Bob Hargraves, Meredith Angwin and I have all gone  head to head with the nuclear opponents and the Helen Caldicotts brought in to Vermont. We have gone through all the logical arguments on cost, alternatives etc. We needed to be face to face, up close in public meetings in order to FEEL the fear that is driving their single minded opposition. Fear that drives elderly ladies to repeatedly chain themselves to the plant gates and get arrested, and many other examples.

As for evidence, see the election results here in Vermont. 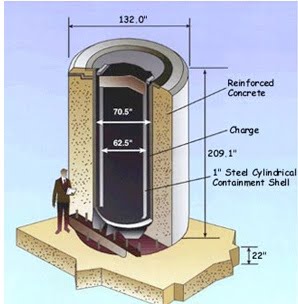 Let me repeat part of my post from ANS Nuclear Cafe, A CAN-CAN Dance around Vermont Yankee Decommissioning:

In Vermont, in the very emotional political fight over Vermont Yankee, we directly experienced the effects of the misuse of BEIR VII. Deb Katz  http://www.nukebusters.org/ and others endlessly repeat “any amount of radiation is harmful” to energize the opponents AND make EVERY event at the plant seem like the “sky is falling.”

Enough FEAR has been created to keep driving the opponents, so they always find a new issue. Now it is “all fuel in Dry Casks NOW” which is also being used in the SONGS fight.

We need to get a BEIR VIII. I believe that it will take Congress requiring it in an appropriation bill to get it done. We also need Congress to set the time limits on exposure from High Level Waste Repositories to a few hundred years, not thousands as decided by a court case. end post

Perhaps ANS can get Ann Bisconti to do a poll asking what people believe about radiation.

"Ban the Bomb" was a Fear Campaign. I agree with the goals of that particular campaign.  But  history shows that Fear Campaigns get out of hand and have a life of their own. Forgive me for using Racism, Suppression of Women, and Anti-Semitism to name a few. None of these are supported by evidence, but take a long time to erase.

The irony of nuclear power is that it meets these fears by providing a bridge – a long one- to a planet of total sustainability. The opponents of nuclear power have never answered the question of HOW we get from here to there. For example,”What do we do about Coal Miners?”

We who believe in nuclear power have a lot of work to do. It’s time to face up, as Rod says, to the realization that the public needs to be told that some of them bought into a Fear Campaign that outgrew its original purpose and the facts were not true. The campaign was well motivated but the wrong approach.  It is time to get back to the facts.
Posted by Meredith Angwin at 8:02 AM

All Shaffer has to do is present the physical evidence that LNT is wrong. He can't. His behavior is no different than that of a global warming denier. Why are you promoting science denial?

And you can't prove it is right, Bob. I have seen you try, with endless postings on other people's blogs. And you always add accusations of "denier" or "creationist," to emphasize that, in your opinion, anyone who disagrees with you is not a scientist.

This was your last posting on this blog.

The French Academy of Sciences, the Health Physics Society and the American Nuclear Society have all rejected LNT, having found that doses below 10 rem (which includes occupational and environmental exposures) result in risks of health effects that are either too small to be observed or are non-existent. These organizations are made up of individuals who actually work in the field providing protection for workers and the public from radiation exposure. Their position on LNT actually puts their livelihood in jeopardy because it implies levels below concern and therefore lessens the demand for experts in their field.

Of course opponents of nuclear power will play up every unreasonable fear they can fabricate. It's the only way they know how to overcome their inability to produce evidence of actual harm.

I have a question, however, in regards to your statement:

" 'Protecting' against very low levels of radiation increases the cost of nuclear plants, but the LNT model says we must protect against any level of radiation, no matter how small."

How would you reconcile that statement with the actual U.S. regulatory regime, which relies on the As Low As Reasonably Achievable approach?

Hi Anon,
The first part of the post, including the part you quote, was written by me. Howard's part starts at the bold line with his name on it.
So I should answer. I am away from my desk and I make mistakes on this mobile device:please forgive them.
The basic idea is that the term "reasonable" is intrinsically unreasonable. How is it defined? By whom?
Example. My town provides town water to people without wells. (If they live close-in to the center, as I do.) As long as the town water meets EPA requirements, it is considered safe. People can't go to the town select board and insist that new water treatment methods be acquired to lower some contaminant from half the EPA safety limit to a quarter of the limit, because it seems that 1/4 the limit is now "reasonably" achievable.
That's the difference between a threshold and the unreasonable term "reasonable." A threshold is a number. A term is open to endless expensive interpretations.

Thank you for posting my comment, and my apologies for not getting the attribution straight.

That being said, would you consider answering the actual question -- what about the current U.S. regulatory approach to nuclear power imposes "unreasonable" costs for radiation protection? Please note I'm not talking about accident risk reduction measures.

How do you explain the German study showing the increase in cancer around their nuclear power plants, and they decision to shut them all?

Are you telling me the Germans are lying, while you are not?

There is no difference between the ways radiation is treated than other hazard. First you must understand the difference between poisoning and risk of cancer. The term threshold of harm refers to poisoning. A simple example: There are several scenarios during refueling such as dropped spent fuels assemble where personal would be exposed to a lethal does of radiation in a short period of time. To mitigate radiation poisoning, 21 feet of water is required to be above the spent fuel.
Since the water in the spent fuel pool is radioactive, workers receive a small exposure resulting in an a very small increase in cancer.
Personally I would like to avoid dying from radiation poisoning but have never had a problem staying regulatory limits for exposure.
Off topic a bit but I am now living in China working at nuke plant for a year.

There have been many studies attempting to find links between nuclear power plants and local cancers. All found no correlations, with the exception of the German KIKK study, which claimed links with childhood cancers.

The KIKK study has been soundly refuted for bad methodology, such as not even attempting to review for confounding factors such as socio-economic status. Here's an article with many links to studies that evaluated that study. From the Canadian Nuclear Safety Commission.

By the way, anon, I did not claim that the "Germans were lying". Your question gave me the opportunity to link to a decent paper. So I published your question. However, your statement that either "the Germans" are lying or I am lying is sheer trash. Under most circumstances, it would have gotten your note dumped, Other commenters notes are already dumped. I don't publish comments that accuse me of lying, being unethical etc.

But I had the chance to link to a decent review of KIKK, due to your question, so I did so. I just love questions on KIKK, because it is such a junky study and so easy to refute. Thank you.

Helpful, thoughtful comment Kit! Have a great time in China. Tell us about it when you get back!