Tritium: An example of Unreasoning ALARA

Unreasoning ALARA: The need for examples

In Protecting Against Nothing: The Failings of ALARA, I described the ALARA strategy (As Low As Reasonably Achievable) for radiation safety.  This strategy is based upon the idea that there is no safe level of radiation, so radiation protection must constantly attempt to "do better."   The words "reasonably achievable" can be interpreted in unreasonable and expensive ways.

In contrast, protection from contaminants in drinking water is regulated on the basis of drinking water standards: concentrations of harmful substances are kept lower than agreed-upon values.  This is a better and more cost-effective strategy than the ever-more-expensive strategy of ALARA.

I would like to give some examples here. The need for examples was raised (in rather insulting phrasing) in a comment on an earlier post by Howard Shaffer. This is my understanding of what the questioner actually meant to ask:

"You have explained how ' reasonably' achievable could be misused in a regulatory context.  But can you give examples of where ALARA has actually been misused, examples of where excessive radiation protection measures have led to unnecessary costs? I want examples of the supposed excess costs of ALARA in terms of day-to-day operations. This isn't a question about accident prevention costs."

In a few posts, I will describe examples of the unreasonable costs of ALARA at Vermont Yankee.  These are cases in which Vermont Yankee had to go to great expense about radiation protection or paying for elaborate radiation measurements---for trivial amounts of radiation. The levels of radiation had no possible public health consequences. 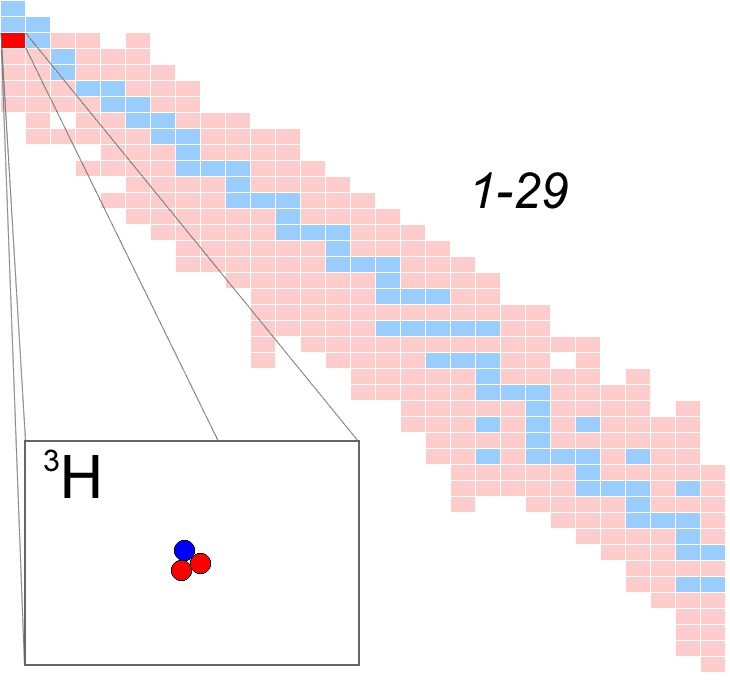 Tritium and the Zero-Discharge Plant

Vermont Yankee is a zero-discharge plant.  No tritium must leave the plant boundaries. Why is this?  There is nothing wrong with small discharges of tritium. Canadian plants legally release thousands of curies of tritium per year.

So, Vermont Yankee had a leak in a pipe. The pipe was in a concrete conduit, but eventually, some tritium found its way out of the conduit and into the soil and water.

The small leak was a huge problem for the plant. It cost the plant a great deal of trouble and expense to find, fix and "remediate" this leak, even though the leak released less than a curie of tritium. Meanwhile, the plant gathered a great deal of negative publicity for having had the leak.

In contrast, exit signs containing about ten curies of tritium can be shipped through the mail (or at least they could be at the time that Howard Shaffer bought his tritium sign about three years ago).

In further contrast, Canadian plants are allowed to discharge thousands of curies of tritium per year.  There are no health effects in Canada from these discharges.

Though I posted extensively on tritium, Rod Adams has the best post on the subject.
http://atomicinsights.com/how-much-tritium-leaked-from-vermont-yankee-before-the-leak-was-stopped/

Adams compares the Vermont Yankee leak with the tritium levels just north of the border.  Vermont Yankee's leak was less than one curie of tritium, while Canadian plants routinely discharge over 5000 curies of tritium a year.

Vermont Yankee found and fixed the leak within a few weeks.

Then,  Vermont Yankee began "remediation."  They pumped groundwater and disposed of it as radiologically contaminated. By doing so, they captured most of the tritium.

Meanwhile, famous hydrological engineers (such as Governor Shumlin) asked Vermont Yankee to pump even more groundwater, for further safety.  Vermont Yankee agreed to pump more.  I don't know how much they spent on pumping, but I suspect the amount was non-trivial.

All for less tritium than is held by a single exit sign.

As low as reasonably achievable reached some new depths with the great Vermont Yankee tritium scare story.  Of course, a plant should fix a leak if it has one.  Even if nothing but super-pure water is leaking, you fix leaks.  But the remediation?  All the pumping? Large amounts of money and time were devoted to protecting the public from---trivial amounts of radioactivity.

It is often thus with ALARA.  More to follow.
Posted by Meredith Angwin at 9:00 AM

Do you know how to find the documentation that establishes zero as the limit for tritium discharges from VY?

I found something by David Lochbaum, but it relied on a convoluted interpretation of the Generic Design Criteria, which were not written to be enforceable regulations with measurable standards for things like discharges or leaks.

GDCs, as the name implies, are design criteria for new plants, not long term regulatory standards for operating plants.

By the way - Thanks for the kind words about my tritium post.

This is not an example of ALARA. This is an example of a failed pipe that released contamination through a path that was not measured.

I have been responsible for radwaste systems at zero release plants, both BWR and PWR. Again it has nothing to do with ALARA, it has to do with not having an ocean or large lake or river. There is an ALARA reason to let down some water. Reduce dose on the refueling floor. There is always releases sometime not water releases.

VY was built to General Design Criteria. GE had GDCs for BWRs. Later the newly NRC adopted industry standards as GDCs in 10CFR50. Chapter 3 of every US nuke discusses how GDC are met.

The measurable standard is 5 mrem/year offsite dose. Modern offgas systems is one reason newer plants have a much lower dose. ALARA should not be confused with local politics.

I'm a little surprised that the industry has allowed the NRC to interpret the GDC as requiring systems that never leak.

Every piping system type that I have ever had to operate and maintain had a probability of leaking at some point in its life. We usually had some means of detecting -- often through visual inspection or chemical sampling -- that there was a leak. We then followed standard troubleshooting processes and prioritization based on understanding the magnitude and importance of the leaking system.

Often, though we preferred not to have any leaks, we had to figure out how to live with the leak until such time as it was convenient to fix it.

When I read the GDC and the words about monitored pathways, I never suspected that the NRC and the industry would have agreed that meant that any pathway without a designed monitoring indicator would have to be zero leakage. That is simply unrealistic for systems that include miles of piping, valves and tanks operating over many decades.

The true standard is 5 mrem/yr off site dose, so sampling at the site boundary that never detects any levels above drinking water standards should suffice for meeting that standard, along with a program that periodically samples ground water on the site to enable leak detection and repair on a risk informed basis.