Retrospectives and Prospects for the Future
Most of the blog posts for this Carnival put the Big Issues of the previous year in useful perspective.
The SMRs, the Hatchets, the Laurels, the HardLy-s
Dan Yurman of Idaho Samizdat looked at the blog posts that drew the most readers to his blog this year in Top Blog Posts for 2010. He notes that his top three stories were about commercializing and licensing small modular reactors. These results reflect rising interest in SMRs. 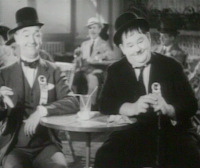 Yurman was also pleased to see that to see his response to Bob Herbert’s hatchet job on nuclear energy made it as a top 10 reader choice. Herbert's piece in the New York Times was emotional, irrational, and factually wrong.
In the category of you can’t make this stuff up, Yurman distributed his annual Laurel & HardLy awards. (Something appealing, something appalling.) The Laurel and HardLy post was among the posts with the highest readership.
Gail Marcus and Brian Wang Sum It Up
Gail Marcus sums up the achievements of the year in her blog post Year End Reflections at Nuke Power Talk. She points out that more and more of the "nuclear" blog posts seem to be about alternative energy, as wind becomes the darling of people opposed to nuclear power. On another topic, Marcus was pleased to see the NRC "Principles of Good Regulation" being adopted world-wide. She was a member of the group that developed those principals.
Also, Marcus is pleased with the reception of her book Nuclear First, Milestones on the Road to Nuclear Power Development. The book is an important achievement, since so many "nuclear history" books focus on weapons.
Meanwhile, Brian Wang at Next Big Future has two posts about the nuclear renaissance in Asia, where it is moving along at a great clip. In India, Russia is planning to build 18 reactors, and will work on Fast Reactors with Indian scientists. Further east, China's AP 1000 is still on track to operate in 2013, and Japan has a fourth MOX fueled reactor. Areva, building China's reactor, discusses what they need to do in order to compete with Asian reactor builders.
Externalities Explained at ANS Nuclear Cafe
At ANS Nuclear Cafe, Art Wharton wrote an authoritative, three-part post on the external costs of energy technologies.
In the first post, Wharton notes that policymakers should take all factors into account when making important decisions. In other words, they should think about external costs. External costs are the source of one of the most popular questions from people outside of the nuclear energy industry: “So, what about the waste?”
Unlike many other forms of energy production, the nuclear industry does have an answer to deal with the waste it generates. One thing is for sure: The nuclear industry’s answer is assuredly NOT “the waste goes out of the smoke stack.”
In the second post, Wharton describes the external costs of combustion technologies. Clusters of death, respiratory problems, cancer, and other sicknesses are related to combustion's ability to release massive amounts of waste into the atmosphere. These costs don’t enter into
the equation on the cost of energy in conventional models.

In his third post, Wharton describes the external costs of solar photovoltaic (PV). This is often considered the most benign of technologies. Wharton describes the impact of the materials used to produce solar panels, and the impact of the methane-burning power plants and other systems required to back up this intermittent source of power.
At the end of the day, there is no denying it: We need nuclear energy.
Northeast Retrospective 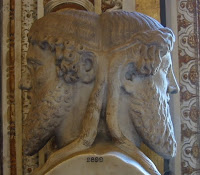 I posted my own retrospective on the ANS Nuclear Cafe blog, as Looking Backward, Looking Forward. In this post, I review the tumultuous year in Vermont: tritium, accusations of lying, election of Peter Shumlin as governor. All this excitement happened since I started blogging on January 1, 2010. (Sigh.)Looking forward, I describe the start of the Energy Education Project, and some of our plans for the future. Among other things, we are sponsoring a visit by Gwyneth Cravens to the Vermont state legislature. We aren't just watching the tumult, we're trying to bring some reason to the state's decisions.
I also recommend my recent post on why the Hydro-Québec deal was a bad deal for Vermont.
Meanwhile, in Canada, Steve Aplin of Canadian Energy Issues tackles the big question of proliferation in his post Filthy lucre and nuclear non-proliferation: what keeps them apart. As Aplin points out: Shutting down the nuclear industry will spur proliferation. It is the nuclear industry that ultimately pays for international safeguards, which are the best bulwark against the spread of nuclear weapons. The information in this post is a short, clear answer to accusations that power reactors enable bomb-making.
Come to the Carnival!
It's entertaining, and there is a lot of wisdom in the summing-up posts! Lots of fun with no admission fee and no calories!
Everyone involved in the Carnival wishes all our readers very happy, healthy, successful and bright New Year!
All images from Wikimedia.
Posted by Meredith Angwin at 9:17 AM

This is a very entertaining year-end post! I hope 2010 was a blast for you. Well, for me, it wasn't that fun, but I learned a lot. I also have a year-ender, by the way. I wrote about The Sims 2 house designs, some of my personal drama, and my own top 5 lessons I learned in 2010. Care to read 'em? Just follow the links. Thanks! =)