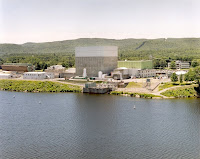 Jeff Schmidt is a computer geek and software-developer-in-training, currently working for a small business software developer in Ohio and pursuing a bachelor's degree at the University of Cincinnati. He recently sent me an email commenting on the flawed analogies in the Debate Goes On.
(The debate was about relicensing Vermont Yankee. Howard Shaffer and I debated James Moore of VPIRG and Senator Dick McCormack of the Vermont Senate.)
I am grateful to Mr. Schmidt for allowing me to post his (somewhat edited) email as a guest blog.
Flawed Analogy #1: Vermont Yankee is an old person in failing health.

Vermont Yankee is like an old person whose health is failing.
Both the Senator and Mr. Moore made this analogy early on and kept repeating it.
Flaw: Power plants are manufactured machines and buildings. Machines/buildings are not like people. When people get old, if their eyes are failing, you cannot replace their eyes with brand new ones (at least, not yet. . . maybe someday). If their joints get arthritic, you cannot easily just replace the joints (in some cases, like hips and knees, joints can be replaced, but that's pretty limited), and so on.
Machines, on the other hand, can have faulty components and even major parts replaced, can have failing welds inspected and re-welded, can have leaky pipes, valves, turbines, whatever needs it, replaced, while keeping that which is still good. Any machine or building can be restored to a pristine condition, if the responsible party is willing to put the necessary funds and effort into the job.
You can even take that a step farther - machines and buildings can be upgraded with new technology or features, and made better than the day they were new. There are a lot of cars that have been beautifully preserved and restored by people who love historic cars. They run great, and in many cases, are safer than the day they rolled off the lot. They may have had seatbelts added to them (which they didn't originally have), or perhaps the owner added an anti-lock braking systems. Maybe the owner added a turbo-charger to make the engine perform better, or an upgraded suspension, better tires, etc.

I think almost everyone has at some point been to a classic car cruise-in, and seen the amazingly restored vehicles on display, with their hoods open and their engines roaring. While nuclear plants are not exactly like cars, it still holds true that they can be repaired and restored, as they too are machines.
Machines can be kept running almost forever as long as someone does the necessary repairs and replacements.
What it ultimately comes down to is an economic analysis of whether it's cheaper to fix the plant, or to decommission it and put the refurbishing funds towards the construction of a brand new facility of some sort. This is an analysis which is best done by the company itself, not the State of Vermont. If Entergy were willing (and I'm not saying they are, but let's assume for argument's sake that they are), to put the money into whatever repairs and upgrades are necessary to keep the plant safe and reliable, then there is no legitimate state interest in forcing the plant to close.
Flawed Analogy #2. Relicensing the plant is a game and you are changing the rules.
The analogy is that decisions regarding the disposition of Vermont Yankee are a game and you cannot change the rules of the game at the end of the match.
The Senator made this analogy early in the show, and I thought that was the most bizarre analogy I've heard in a very long time.
Flaw: How is public policy anything like a sport? Is this really how we make important public policy decisions? By saying, "we made this decision 20 or 40 years ago to license it until this date, and to change it now is unfair? Who is it unfair to? The decision should be made on what is best for the State's residents/taxpayers/ratepayers, not based upon some immaterial sense of fairness because you are re-thinking a decision made years (or even decades) previously. 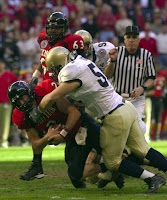 My driver's license expires on my birthday in January. Since it was set to expire on that date, does that mean I should not have the chance to renew it? Re-licensing is an opportunity to review the situation, to make sure it is appropriate to re-license something, but there's no reason it needs to be a hard-and-fast, set-in-stone termination date.
The only reason I can think that this person is complaining about fairness, is that they have been a committed anti-nuke for a long time. They may feel that since the nuclear plant got to operate, but they never wanted it operating in the first place, it's unfair that they don't get their way in being able to shut the plant down, if you consider re-licensing it. 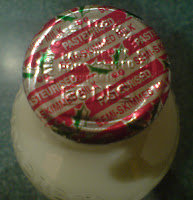 Flawed Analogy #3. A power plant is perishable, like milk. It has a magic sell-by date, and nothing can be done to make it useful after that date.
The analogy the power plant is a perishable item. Forty years ago, we chose forty years as the magic date, and there's no reason to believe we made a mistake.
The Senator repeatedly appealed to this idea that it was licensed until 2012, why should we relicense it? The question, really, should be why shouldn't we relicense it, if it is safe for it to continue operating, or if it can be made safe to continue operating at relatively low expense? Machines don't have expiration dates that are set in stone - as I said above, basically it comes down to, if you are willing to spend enough money, any machine can be repaired, so it's really just a question of if it is worth repairing.
The Senator also asked, "What mistake did we make in the past when we decided the plant would be obsolete by 2012?" I don't really know what went into the original decision making process, so I suppose I can't specifically answer that, but I also don't see how an arbitrary date can ever be correct in such matters. You don't make decisions based upon arbitrary dates, you make decisions based upon the facts of the situation, including such things as an economic analysis of whether it's more cost effective to fix/upgrade the plant, or to build other plants, or to get power from other sources. Magic dates are largely stupid, unless it's based upon some particular scientific principle (e.g. the sell-by date on milk and other perishable goods - we have science which tells us how long the milk will be good for - but machines are not like milk, again, you can fix machines, but you can't make sour milk good again).
Some Thoughts about the NRC
James Moore and the Senator made repeated assertions that the plant was failing and was really no longer safe - that it's developing too many problems. Didn't the NRC go through a re-licensing process where they evaluated the plant on it's technical merits, when considering whether to re-license it, and didn't the NRC evaluation find that the plant should be relicensed?
Note from Meredith: The NRC has not officially ruled on the relicensing yet, but a ruling is expected within a few weeks. The plant has been extensively inspected and reviewed. Everyone expects the plant to be relicensed by the NRC. Even the opponents expect the NRC to rule for relicensing. As you can see by this NRC summary, more than forty plants have had their licenses renewed to date. End of note.
Do the Senator and Mr. Moore think the NRC is corrupt, or just incompetent? Do they think themselves better suited to evaluate the plants condition than the engineers and scientists who work for the NRC to do these inspections and evaluations? I certainly would have challenged them on that point, but perhaps I'm too confrontational, I dunno.
Overall, I think you and Howard did a pretty good job, but I just offer these thoughts in the hopes that, as you will likely continue to encounter these ideas and these expressions of the ideas, you can, perhaps, have some ideas of how to attack the flaws in those lines of thought.
The Use and Misuse of Analogies
When people depend too much on analogies to understand problems, they usually end up making bad decisions. Don't get me wrong, analogies can sometimes be helpful, but it usually is just a cover for overly-simplistic analysis which misses key parts of the problem immediately at hand. When you debate someone using analogies, look for the flaws in every analogy and attack the analogies. Show how the analogy fails to adequately address the problem at hand.
Vermont Yankee image from Wikipedia
Old Man With A Crutch, I. M. Kramskoi, 1872, Wikimedia
1955 Packard, Wikimedia
Texas Tech versus Navy Football, Wikimedia
Foil Top Milk Bottle Wikimedia
Posted by Meredith Angwin at 10:47 AM

Meredith: Thanks for the note about the NRC review. I had been under the impression that the VT legislature had decided not to relicense VY *despite* the NRC findings.

Although, in a way, this is even worse - they already voted not to re-license the plant, without even waiting to find out what the NRC findings *are*.