The NRC Meeting
I attended the NRC meeting yesterday in Brattleboro, or at least, I attended most of it. I'll blog a little about it later, but you might want to watch this video for the general idea of the endless fear of tritium in the river. Of course, we had Putting Picos in Perspective from John Wheeler, and Rod Adams excellent Tritium Calculation. Dan Yurman noted that exaggeration is not a defense of the environment and I blogged with pictures of bananas. Still, Fear, Uncertainty, and Doubt about tritium remain alive and well in Vermont.
Perhaps devious and dumb are alive and well also.
Chasing a Quote
Last week, I went to a meeting sponsored by Entergy and blogged about it. In the blog, I posted a picture of a man from NEC (New England Coalition on Nuclear Pollution). He was taking a picture of a model of a reactor. I thought it was only polite to link to the NEC website when I posted the name of the organization, and so I put in a link.
Once I was on the NEC website, I read a sentence, ascribed to Arnie Gundersen, which he supposedly stated after the Senate vote against Vermont Yankee. In this sentence, Gundersen supposedly praised NEC as being an early strong organization against Vermont Yankee, and that NEC had tied Entergy's ankles together (that "ankles" business was an easy phrase for me to remember) and other organizations had later come and pushed Entergy's shoulders, knocking them over.
Now, this sentence didn't surprise me. Before Mr. Gundersen was a consultant to the legislature of Vermont, he was a consultant to NEC. This is not a secret. His belief that VY should be shut down isn't a secret either. So I just noted that there was an interesting quote from Gundersen on the NEC website, and forgot about it. In all honesty, it didn't strike me as a particularly big deal. If I had thought it was a big deal, I would have put the exact quote on my blog.
Instant Reactions
I wish I had quoted those words and posted them.
I almost immediately got an email from NEC, stating that they had checked with Gundersen, he had never said that quote, and they had taken it off their website. I was surprised, but amended my posting.
At the Brattleboro NRC meeting yesterday, NEC had set up a table with their literature. This whole thing puzzled me, and I wanted to find out more about it. I talked to the man at the NEC table. He was very uncomfortable, and merely said that they had been asked to take down the quote, that Gundersen never said it. I asked who put the words up, if Gundersen never said them. He re-iterated that they had been asked to take it down, and that is all he knew about it. He looked completely miserable when I repeated my question.
I will never be a bull-dog reporter. I let the matter drop. 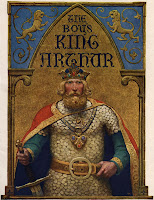 Possibilities?
I have two hypotheses here.
First possibility. Gundersen never said this. Somebody not-too-honest or not-t00-bright (okay, somebody either devious or dumb) put the sentence up, ascribed it to Gundersen and hoped Gundersen would never see it. Further, the NEC organization was not organized enough to notice this had happened. However, due to my blog, Gundersen became aware of it, and the incorrect quote was removed.
I like this possibility, because as a blogger, I strive for truth and justice, and this scenario shows me righting a serious wrong! This is my favorite possibility!
Alas, there is also possibility two. Gundersen said it, didn't mind it being posted, and then became upset when a person who doesn't buy into NEC's agenda (that is...me) noticed it. I don't like this possibility, because it shows Gundersen as being pretty naive.
Lots of people who don't agree with me read my blog, and I know it. Some reporters read it. Sierra Club members read it on occasion. Several of the walkers told me they followed my blog during the walk to Montpelier. If Gundersen and NEC think that only their supporters will read what they put on the web, they are naive beyond belief. At least, naive beyond my belief. I reject this possibility entirely.
My Vote
It's possibility-one for me. I am glad I brought this misquotation to Gundersen's attention and it got corrected. I expect Gundersen to give me a word of thanks next time we meet. (Unless, of course, the truth is possibility two, in which case he will probably be steaming mad because I made this matter public. We shall see.)
Posted by Meredith Angwin at 11:57 AM

I'm sure you'll get to your blog of this meeting... but after Wheeler's statement "There is a presumption -- and we all agree to it -- that the groundwater from the source of the contamination is now, has been and will continue as a continuation takes place, move toward the Connecticut River", I feel he must have said something else. Like "Even if the entire body of the leaked water reaches the river in the same hour, the tritium level in the river will still be too low to detect. The public are completely safe". Or is that too much to hope for?

Yes, he did go on to say something like that. He didn't say it very strongly, but he did say that the levels would be too low to detect.

There was a relatively good article on this in the Keene Sentinel on April 21, but unfortunately it has been placed in archives and you would have to buy access to it. Here's an extensive quote:

Samuel J. Collins, regional administrator of the NRC’s Northeast region, said the NRC isn’t denying the leak is a serious issue, but stressed that while the leak of tritium — a radioactive form of hydrogen — was detected in groundwater that has likely gone into the nearby Connecticut River, no detectable levels have been found in the river or in drinking water.

The N.H. Department of Health and Human Services released today the results of a fifth round of sampling in the river that showed no detectable levels of tritium, according to a news release.

And while Vermont Yankee is a “zero-discharge” plant that normally doesn’t release water into the river, other plants do, Collins said.

“Many plants operating within discharge permits by the NRC based on our EPA requirements discharge water of this type into the river,” he said.

Vermont state Sen. Mark A. MacDonald, D-Orange, said legislators rely on the NRC to provide information about the safety of the plant to help them make decisions about the future of the facility and make sure that a “dangerous horse stays in the barn.”

“Tonight, you’ve told us that the horse that got out of the barn hasn’t killed anybody,” MacDonald said. “And we’ve spent a lot of time talking about how much damage it may or may not have done.”

But, MacDonald said, he’s not confident the NRC is being straightforward with the public and officials.

The Vermont Attorney General is investigating whether Entergy officials failed to disclose the existence of underground pipes in sworn testimony before the Legislature and in statements to the NRC. Eleven plant officials have faced disciplinary action.

Later in the evening, Meredith Angwin, a Vermont resident and chemist, defended the NRC and Entergy, saying the agency isn’t necessarily trying to withhold information about the level of tritium that has reached the river.

“If you don’t like the answer, it isn’t necessarily because they’re lying to you,” she said. “It might not be physically possible” to detect such low levels.

“Tonight I would like to point to the very real possibility that the reactor oversight process is flawed because of an ongoing failure to anticipate these kinds of events at Vermont Yankee,” he said.

Prevention, along with communication with the public about incidents, is something the NRC task force hopes to address, said Charles Casto, NRC deputy regional administrator for Region IV, who is overseeing the group.

There's always so much STUFF about VY that I find it too easy to fall behind. My current list of what to blog about includes
- Is Shumlin Teflon?
- Three Views of the Current Outage
- The Legal Report (so far, Rod carried the ball on that one)
- The NRC meeting
- The decommissioning fund bill passed by the House
- The upcoming Close Vermont Yankee bike ride, this Friday
- The Caldicott contest winner
- Egg on the Face and who-knew ( a follow-up to an earlier post where I asked why nobody asked for the piping diagrams. Now the NRC is being blamed as "they had the diagrams and wouldn't share." )

Will I get to all the subjects above? I hope so.

In other words, I am not promising :-)

Thank you most sincerely for reading my blog!