The Decision and the Next Decisions plus Some Relevant Links 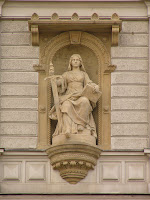 The Next Decision Is the State's Decision
Judge Murtha ruled on the Entergy case last week, and the ruling came down completely for Entergy. That's my opinion, at least. The question is: will the State appeal? There was certainly a lot of talk in the early days about the "losing party is certain to appeal" and "fighting it all the way up to the Supreme Court."
Talk is cheap. Lawyers are expensive. Judge Murtha ruled on three points. In my opinion, some of the points are not easily subject to appeal. Will the State actually appeal? That's the next decision.
According to WAMC radio and WCAX TV, Governor Shumlin is discussing a possible appeal with Attorney General Sorrell. Shumlin will not announce a decision until midweek. In other words, he may announce his decision tomorrow.
Or Maybe It is Entergy's Decision. Will Entergy Sue the State For Expenses?
I think my local paper, the Valley News, has the best scoop on the possible appeal in its front-page article by John Gregg today. In the article, I learned that any appeal must be filed within 30 days. The State might appeal some parts of the ruling and not other parts. (What would that do to the full decision? I am SO not-a-lawyer!) The State of Vermont might be liable for some of Entergy's legal fees, specifically for the arguments about the commerce clause. It's worth reading this article. Too many of the articles in the local papers are just moaning and complaining about the ruling. This one has some good information.
If the State Appeals
I think the state has very little ground to appeal Murtha's ruling. The Judge's ruling stands on three sturdy legs. The first leg of the ruling is the Commerce Clause of the Constitution. The second leg is contract law. The third leg is state pre-emption of NRC prerogatives. Let's look at these issues separately in terms of a possible appeal.
Some Useful Links On the Case:
John Gregg article on State Reviewing VY Appeal.
Guest post on Next Steps After the Decision, by Howard Shaffer, on this blog.
Guest post on Rule of Law Upheld, by George Angwin, on this blog
Vermont Tiger post by Decision, (More Like A TKO) by Geoffrey Norman
ANS Nuclear Cafe Post by Howard Shaffer Priorities for 2012 in Vermont Politics (about the Clean Energy Development Fund, Hurricane Irene and the ruling)
Three excellent posts by Steve Skutnik of Neutron Economy.
Vermont Yankee Lives to Power Another Day
A Brief Summary of the Vermont Yankee Decision
Why the Vermont Yankee Case Matters
The first Skutnik post describes the State's case as similar in negotiating style to Darth Vader's methods: the contract is what I say it is!
Oh. I can't resist. I am embedding the video to which Skutnik links.

All About Me
I am back from the hospital and doing well. I'm not on heavy-duty painkillers anymore, but my life DOES seem like a round of naps and physical therapy (which tires me enough to want another nap). I'm not at full speed, so you can expect more guest blogs and so forth for at least another two weeks. Still, I am blogging. Friends don't let friend blog on opiates.
Thank you to everyone who wrote with concern. I am absurdly and insanely grateful to George Angwin and Howard Shaffer for their truly excellent posts on this blog!
---------------------
Statue of Justice from the Czech Republic. She is holding a book of the law. I have always liked this image better than the traditional "scales" image. The scales don't visually acknowledge that the weighing is not a stand-alone activity, but is done in context of the law.

Posted by Meredith Angwin at 6:30 PM

Thanks for the links Meredith - and I'm glad to hear you're doing well!