The Politics of Fear. Guest Post by Robert Hargraves 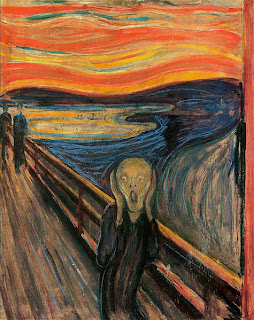 Fear sells. Fear for child safety lets Verizon Wireless sell tracking of kids’ cellphone locations, though child abductions have not increased. Fear of household invasion is raising sales of household alarms and security devices, though crime rates have fallen. Fear of disease sells unnecessary full body CT scans, discovering pseudo diseases that raise health care costs.
Frank Furedi, at the University of Kent, cites fear of genetically modified crops, mobile phones, global warming, and foot-and-mouth disease. He argues that perceptions of risk, ideas about safety, and controversies over health, the environment and technology have little to do with science or empirical evidence.
Politicians use fear. Bush used fear of Hussein’s atomic bomb development to rally support to invade Iraq. Former National Security Advisor Zbigniew Brzezinski argued that the use of the term War on Terror was intended to deliberately generate a culture of fear, because it “obscures reason, intensifies emotions and makes it easier for demagogic politicians to mobilize the public on behalf of the policies they want to pursue.” Furedi continues, “Politics has internalized the culture of fear. So political disagreements are often over which risk the public should worry about the most.”
Vermont politicians have used fear this way. Arousing fears of Vermont Yankee has enabled politicians to posture themselves as public saviors, focus on a single topic, and get elected. Yet this power plant is the safest, carbon-free, least expensive source of electricity Vermonters can have.
Yet fear causes flight — back to nature — back to the forest and the Tree of Souls in Pandora in Avatar. Producer David Cameron knew his audiences’ emotions when he designed this best selling film grossing over $2.7 billion.
Frightened people think of natural power — from windmills, waterfalls, sunlight, and wood-burning — will save us. The arousal of fear and the flight to renewable energy obscures the facts about their risks, costs, and environmental impacts. If we accept green, renewable, natural energy as the ultimate goal, then we also thoughtlessly accept the proffered stepping stone of natural gas, even if it does emit more CO2.
This is an emotional conflict — fear vs nature. Einstein said we can’t solve problems by using the same kind of thinking we used when we created them. So let’s try another level of consciousness — rationality. Listen to fear messages and consider their sources and content. Do they come from scientists, engineers, regulators, or radiation oncologists? Do they have numbers? What are the costs? What risks are acceptable? One in 77 people end their lives in traffic accidents, yet we accept this death rate as the price for driving. Can we be rational about the risks, costs, and environmental impacts of Vermont Yankee?
-------------
Dr. Robert Hargraves teaches Rethinking Nuclear Power at Dartmouth ILEAD. Hargraves and I co-taught Energy Safari at Ilead. Hargraves promotes the development of thorium reactors through his book, Aim High, and through videos.
In terms of this blog, he is perhaps most famous for his video Vermont Yankee Explained, and for his post, Vernon, New Hampshire. In that post, he suggests that the town of Vernon should secede from Vermont.
This op-ed has also been published by True North Reports.
The illustration is The Scream by Edvard Munch, from Wikipedia
Posted by Meredith Angwin at 4:09 PM

When I tell people this, and tell them I am very pro-nuclear power, they seem surprised, as if as a Native American I should embrace backwards idealistic forms of power generation. Well my ancestors were big on technology, when they got the horse, they saw its benefit and began using it quickly. I'm alive today because of the smallpox vaccine, without it native peoples would have been wiped out.

So I strongly dislike these mystical unscientific people who would probably prefer to see me wearing soft leather and living in a tepee (even though Otoe never lived in tepees). Do they live off the land, in wood huts like their European ancestors? No. They want electricity and modern culture, they just want it to be produced somewhere else out of their sight. Even their proposed alternative of "green" energy, if it worked, would scar the land with windmills and solar panels - often in some of the most beautiful untouched areas. As Americans who claim to respect the traditions of FDR they should have more respect for the land. I'm all for progress, but as a native American I can't abide disfiguring the natural environment when we have a perfectly safe reliable option already available.