The State and the Control-H Defense: A Guest Post by Cavan Stone 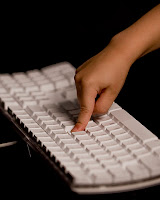 I am no lawyer but after reading the ruling it looks like a pretty cut and dry case of federal preemption.
Of course the legislature did not help their case by leaving so much evidence in the legislative record that they were regulating Radiological Safety. It's clear that the legislature was trying to conceal its motivations. They bungled so much that The Daily Show would have a field day with it. It's comical that they would think the judge would not catch on to their widespread use of the replace button (Ctrl-H) in Microsoft Word when they blurt out right in the public record, "Okay, let’s find another word for safety."
Luckily, if we look at the past cases referenced, judges (including Judge Murtha) are well aware of States legislatures' use of the replace button to “nullify nearly all unwanted federal legislation by simply publishing a legislative committee report articulating some state interest or policy – other than frustration of the federal objective – that would be tangentially furthered by the proposed state law."

While this ruling is a major victory for nuclear, I don't think this case will be the last preemption case. Rather we could very well see an arms race between state legislatures improving their skill at concealing their motivations and the federal judges' ability to discern them. Thankfully, at the moment, the judges are more legally astute than the legislatures.
Yet, legislatures appear to be getting more clever as evidenced by what's happening in New York right now. This is why we cannot let up. As noted in the legislative transcript, what drove the legislature is that they keep seeing citizens with "concerns that you can’t address directly the way they want them to be addressed.”
We need to show our elected officials that a large majority does not support this action. Instead, we want legislation based upon the scientific findings from trusted, unbiased civil servants in places like the VT Department of Health and the NRC. Due to their results, we find Vermont Yankee to be a source of public good. Thus we enthusiastically support it.
About Cavan Stone
Cavan Stone is a physics graduate student who works with the Energy Education Project of the Ethan Allen Institute. He has had other guest posts on this blog. for example: Where Does Our Energy Come From? This Control-H post first appeared on the Save Vermont Yankee Facebook Page. If you are on Facebook, stop by the page and Like it! You can see posts by Stone, Shaffer and others on the Save Vermont Yankee Facebook Page.
--------------
Keyboard graphic from Wikipedia
Hostess Twinkies from Wikipedia, in honor of the Twinkie Defense. That is Meredith's comment, not Cavan's.
Posted by Meredith Angwin at 2:48 PM

Ideologically drive legislatures such as Vermont's would have a hard time covering their tracks. Too many of its members truly believe their deeply held beliefs trump the Constitution. They prefer to ignore facts so as to match the beliefs and emotions of those who elect them.