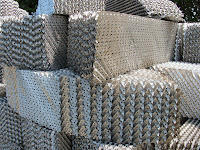 Recently, it has come to light that the NRC reviews proprietary information that it does not share with the public. The entire nuclear-opponent-industry professes to be in a profound state of shock at this perfidy.
An AP article written by Dave Gram noted that the NRC had reviewed a document about Vermont Yankee groundwater which was sent to the NRC through a inspection-access-document computer system. Documents on that system are not shared more widely.
Gram interviewed people at the NRC. They confirmed that they do not share every document they review. He also interviewed a wide-ranging group of nuclear opponents: a man in Maine, and a lawyer from the Maine group, and a man in the Middle West. The opponents were (predictably) shocked to their core that not everything the NRC knows is shared with everybody.
Gram did not interview anyone at any other regulatory agency or anyone who might know something about proprietary data and regulation. His questions to NRC (or, at least, the answers he included) consisted of "is it true you don't share everything?" without a word of explanation about why an agency might not share everything.
In contrast, I learned about regulatory agencies and proprietary data the hard way. I messed up an assignment.
How I Messed Up
Many years ago, I was a junior scientist at a company that was later bought by A.D. Little. The company had a big contract with the Environmental Protection Agency (EPA). Within the over-arching contract, there were smaller Work Orders, and I was put in charge of a very small work-order. It was one of the first projects I led, and I wanted to do a bang-up job.
The issue was about a certain type of chemical plant. These chemical plants used a batch process to make the chemical, and the EPA suspected that the plants vented a lot of bad stuff into the air whenever they started a new batch (called a "pot"). They asked if we could give an estimate of how much stuff the plant was venting, assuming they were venting directly to atmosphere when they started a pot.
Getting the Straight Dope From an Unwitting Employee
Well, doing an estimate based on a small amount of factual information just wasn't good enough for me. I wanted to do a really great job for the EPA. The people at the chemical plants wouldn't tell me much, but I was very clever. After I did the original estimation that the EPA wanted, I did some sleuthing.
I called up a company that built these chemical plants, and maneuvered around until I was talking to someone who was both knowledgeable and naive. I got all the dope from this junior engineer at the architect-engineering company. I found out:
I wrote it all in my draft report, expecting high praise from my project manager at the EPA. 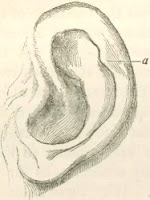 But no.
When the project manager received the draft report, he called me up and gave me an earful. I had filled my report with data which was proprietary to the company, data that had to be handled through certain protocols within EPA, data that EPA contractors (such as myself) were never supposed to see. He told me to scrub the data from my final report, and just hope that nobody but him saw the draft, or a bunch of us were going to be in trouble.
I guess nobody saw it, because I didn't get in any further trouble. But I sure learned the lesson that even if I could (cleverly) obtain proprietary data, I had no business doing so. Not even under the auspices of a regulatory agency.
Regulation and Compromise
Companies share proprietary data with regulatory agencies only because they have agreements with those agencies that the data will not go further. Armed with my non-proprietary estimates of vent quantities, the EPA could have required that the companies give them more data. I had no business acting like a private investigator and finding the data myself.
It's a tough set of compromises. The regulatory agency can't regulate without access to data which is proprietary to the company. On the other hand, the company doesn't want proprietary data shared with potential rivals or groups that do not have the company's best interests at heart. So there are agreements about who sees the data and special computer systems where regulatory agencies can see data but never "take possession" of it.
No doubt many activist groups would like all company data to be visible to everyone. They are certainly entitled to their opinions. However, I was annoyed to see a newspaper article in which people are shocked that a regulatory agency reviews proprietary data. The article further implies that only the NRC would do something like that.
Anti-nuclear groups also keep data proprietary, which is why Rod Adams has a "smoking gun" series about fossil fuel money funding nuclear opponents. However, such groups don't have to share this data. They can keep it proprietary. And of course, they do.
--------
First Afterword: There is a nuclear-opponent-industry, in which professional opponents can move readily from job to job. Howard Shaffer describes one such professional in his blog post A Tale of Two Nuclear Opponents at ANS Nuclear Cafe.
Second Afterword: Since the NRC Report on Fukushima (warning, that link is a lengthy pdf) came out yesterday, people are probably expecting me to blog about it today. However, I have not reviewed it enough to do so. For the best commentary to date, I recommend Dan Yurman's post at Idaho Samizdat, and a Reuters article published today. The Reuters article starts with words of wisdom from my friend Margaret Harding. Harding headed a safety group at GE's Boiling Water Reactor Owner's Group, and also worked in Japan.
Photo of structured packing system for chemical processing, from Wikipedia
Ear illustration from Wikipedia
Posted by Meredith Angwin at 8:57 PM

When I was working at the US EPA, as a federal employee, in the 1980s, one of my jobs was as a project manager for a network of minicomputers used by the hazardous waste program.

I had a policy that prohibited the use of the networked computers for hoolding proprietary data related to RCRA permits.

Cyber security was primitive by today's standards. The operating system for the mini-computers had no method of locking out access to data on any machine once the user was on the network.

As it turned out deadbolt securtiy was better than computer security. I insisted that any propritary data be kept in a locked room with a method for logging access. We had a computer in there, but it wasn't connected to any network.

Today we would call that an "air gap," but in those days, computers that were not connected to each other were more often the norm. Even so there were numerous attempts to "hack" into EPA's computerized enforcement case information systems.

Having provided proprietary data to the NRC, the fact is quite publicly available. Every time we had to sign an affidavit attesting to the need. That affidavit is publicly filed.

Companies spend a great deal of money developing innovative products that the NRC must approve. Without protection of their intellectual property, they can't receive a fair return. They also pay the NRC to perform the review.