Predictions on Vermont Yankee: I Don't Think They Will Order Fuel, and It's All About the Lawsuit 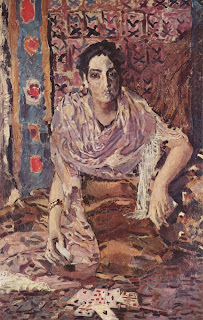 I decided to make some predictions, since everyone else is making predictions about Vermont Yankee. The question:
Will Vermont Yankee order fuel for the October outage?
My Prediction: Vermont Yankee will not order fuel
In a hearing in late June, Vermont Yankee asked the Federal Court in Brattleboro (Judge Murtha) for an injunction to prevent the state from shutting down the plant while the main Entergy v. Vermont lawsuit was in progress. Judge Murtha did not grant the injunction, which means that Vermont Yankee has to make its decision on re-ordering fuel for the October outage without knowing if it will be allowed to operate past March of next year.
Vermont Yankee said that they had to place the fuel order by July 23 to be able to hold the next outage in October. The choices for VY are:
VY was expected to order fuel by July 23. Everyone was waiting to see if they would order. However, on Friday, July 22, Larry Smith of Entergy made this statement to the press: "There will be no announcement from Entergy today about anything," And so the weekend has gone by in silence about the fuel order.
Vermont Yankee opponents disagree on whether or not they will order fuel, but most seem to think they will order it. In a blog post by Terri Hallenbeck at the Burlington Free Press, Arnie Gundersen said that ordering fuel was not actually so big a gamble, because the fuel could be used at a different plant. Bob Stannard, another opponent, expects that VY will buy the fuel and "keep going like nothing happened." Meanwhile, over at Vermont Digger, representatives from another opponent group claim VY hasn't made a profit recently, and it should "know when to fold'em." This group stops short, however, of saying that Entergy will not buy fuel.
It's All About the Ruling
I think they won't order fuel. One assumption opponents seem to make is that Entergy asking for an injunction was a big bluff, and the judge called the bluff. Others predict VY will buy the fuel, and VY asking for an injunction was "all a bluff" or "making threats to the judge" or whatever.
I don't think it was a bluff. I am making my prediction because VY hasn't announced yet. What is the delay?
The judge said Entergy had a business decision to make, complicated by litigation. No. It's all a litigation decision at this point. What did the judge mean in his ruling? Are the judge's statements strong enough to take a $60 million gamble? That is what Entergy has been wrestling with all week, in my opinion.
I think Entergy will take a middle course. They won't order fuel, but they won't throw in the towel, either. They will continue with the litigation, and assuming they win, they will order fuel then.
It seems to take between two and three months to get fuel ordered, but plants can go into lay-up for that length of time. That is expensive, but not killer, if you are going to run for another twenty years. The plant would have a four month outage in October, rather than a one-month outage.
On the other hand, faced with a four-month outage, they might indeed choose not to continue even with the court case. I don't like this scenario, but it is a possible consequence of the judge's ruling.
In other words, I think the judge did "call Entergy's bluff." Except that Entergy wasn't bluffing about the need for the injunction.
My Hope
I hope that today or tomorrow will prove me wrong.
Also: I think people know this, but I think I better re-state it now. I have NO inside information from Entergy. I base my blogs on what I read in the paper and on-line, public meetings I attend, and occasional private emails from people interested in the plant. (These people are not Entergy managers.)
Painting by Mikhail Vrubel, 1905, The Fortune Teller
Posted by Meredith Angwin at 8:21 PM

This is the only time I was glad you were wrong Meredith:

Entergy’s board of directors has voted to approve the fabrication of fuel and the refueling of Vermont Yankee in October, as originally scheduled. This will be the plant’s 29th refueling. The company is making the announcement to the general public this morning.

While the company has received a 20-year license extension from the Nuclear Regulatory Commission, the state of Vermont has refused to grant a certificate of public good to continue operating beyond March 21, 2012. That issue is currently being litigated before the U.S. District Court for the state of Vermont.

“Entergy’s board of directors carefully reviewed the merits of our case and the arguments put forth by all parties during the recent hearing in District Court when we requested a preliminary injunction against the state of Vermont taking any actions to Vermont Yankee,” said Wayne Leonard. “The board believes both the merits of the company’s legal position and the record strongly support its decision to continue to trial scheduled to begin on Sept. 12. On that basis, the decision was made to move forward with the refueling as planned.”

“All-Hands” meetings are scheduled for Vermont Yankee employees on Tuesday at 6:30 and 8:30 a.m. at the Governor Hunt House just outside the plant gates with Mike Colomb and other senior company officials."

I am thoroughly DELIGHTED to be wrong!

I didn't think Entergy would give up the fight for VY, but I thought they might hedge their bets. A long outage later (after the trial, waiting for fuel) seemed less expensive than a fuel order now. I am SO glad they are going ahead with the refueling!