Where's the Magic Switch? Guest Post by Howard Shaffer about the Grid

Is there a switch somewhere that shifted at the stroke of midnight, March 21?  Did this switch send the electric current from Vermont Yankee to other places, while the plant continued at full power?  This would be something like a valve in a municipal water system.

There is no switch.  Electric current doesn’t flow like water.

The Source of  Confusion

The confusion arises because the electric power industry talks about current and power flow as if it were like water.  We talk as if the current from a particular plant could be identified, just as water could be identified with a little food coloring.

To get a picture of what is going on physically, think of the electric power circuit connecting all the supplying plants and all the loads using power--think of them as all connected together by a giant bicycle chain.  All the suppliers and all the loads are connected to the chain by sprockets.  There are spare sprockets for suppliers and users who are not on the grid at the moment.

Each supplier and each user has a meter that shows how much they are supplying or using.  In this system, the chain needs to run at an almost constant speed.  In the U.S., it runs at 60 hertz (cycles per second for us old-timers). On this big chain, each supplier and user knows what they are doing, and they know the chain's speed.

This can be maddening to explain.

Let's start with supplying and using power. The language has gotten scrambled by the way the chain system is used and paid for.

To keep the chain going, the other suppliers must have some extra capacity to make up for the loss, at least for a short time.  In addition, the manager of the chain needs to be able to tell other suppliers to start when needed.

If the chain manager can’t get enough suppliers started and supplying, the chain will slow down (brownouts and low frequency).  In severe shortages some users may have to be disconnected from the chain (dropped load, rolling blackouts).  In the worst case, the chain stops (blackout). 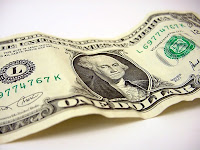 All the suppliers need to be paid.  All the users need to pay for what they get.  The chain owner and manager needs to be paid too.

If you are a user and know how much you want to use over time, it is cheaper for you to have a contract with certain suppliers.  Then these suppliers are  “on the chain” for you.  If you don’t have such a contract, you take the “chain’s price”-- a complicated average price from all the suppliers.

The shorter expression was OK until the public wanted to know more.  Then the short expression caused confusion about how the physical system actually works.

If you are a user, and your contract with a supplier ends, the chain will keep you going.  The chain doesn't know about your contract.  The chain just keeps moving, and you keep taking power off the chain the same way you did before.

However, when your supplier contract ends, you must pay the chain’s price. This price includes the higher cost "stay-ready" suppliers.

On March 21, at midnight Vermont Yankee kept right on powering the chain (grid).

Howard Shaffer is a Licensed Professional Engineer in nuclear engineering in Vermont, New Hampshire and Massachusetts.  He has a Bachelor's in Electrical Engineering from Duke, and was a nuclear submarine officer. Subs have their own ac-dc grid. Later, he was startup engineer for EBASCO when they designed and built Vermont Yankee.  From Vermont, he went  to the Ludington, Michigan Pumped Storage plant as Lead Startup Engineer.  When pumping, that  plant draws 2040 MW, which is twice the power that all of Vermont uses.  Working with this pumped storage unit, Shaffer  learned a great deal about grid operations.  After Michigan, Shaffer went to MIT and received a Masters in Nuclear Engineering.  He then continued his career with assignments in plant startup and plant support.  He has been active for many years in nuclear public outreach, including service on the Public Information Committee of the American Nuclear Society.


Posted by Meredith Angwin at 9:41 AM

Yea, and ideology sets up the price and quality of that electricity...the credibility of it's owners?

The bicycle chain with mutliple power sources and multiple power uses is a great analogy.