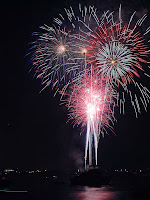 Yes Vermont Yankee is proud to host the Carnival of Nuclear Energy Blogs this week. This is a great week for nuclear energy: the NRC issued the first license for a new generation of nuclear power plant. Units 3 and 4 at the Vogtle site in Georgia now have a Construction and Operating License. These AP1000 reactors have an advanced design, based on the Westinghouse PWR, but with more passive safety features and less piping.
In honor of this historical occasion, I titled this Carnival The Vogtle Edition. Though the Carnival includes more than one topic, let's start with Vogtle.
The Vogtle Approval Considered Directly
NRC issues licenses for Southern’s Vogtle Project by Dan Yurman at the ANS Nuclear Cafe.
By a 4-1 vote, the NRC opens the door to $14 billion in new construction of two Westinghouse AP1000 nuclear reactors. At the ANS Nuclear Cafe, Dan Yurman breaks down the NRC voting on the Vogtle licenses, the economic impacts, the opposition's next legal moves, and what might be next on the horizon for nuclear energy in the USA as a result. 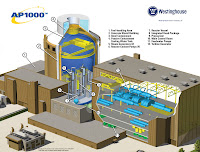 NRC approves the Vogtle AP1000 reactors in just under 4 years. Brian Wang at Next Big Future sums it up.
The Vogtle Approval in Wider Context
A brief history of commercial nuclear power in the US by Will Davis of Atomic Power Review
Will Davis presents a condensed and simplified history of commercial nuclear energy, complete with a few rare photos, in order to help the mainstream media get the real perspective on the nuclear renaissance.
High quality job creation in Ontario: here’s how they’re solving the problem in the U.S. By Steve Aplin of Canadian Energy Issues
The Vogtle new build license means 25,000 new jobs in Georgia. That will accelerate the U.S. jobs recovery. Ontario could do the same by restarting the Darlington B process. Thousands of high quality long term jobs east of Toronto would look good in all of Canada.
NRC Approves New Nuclear Build at Vogtle Site in Georgia by Canadian Talk Nuclear
A big congratulations goes out to all the stakeholders involved in the recently approved new build at the Vogtle site in Georgia. This is great news for the global industry as many countries, including Canada, are undergoing the new build review process. Here's to a balanced and sustainable energy future for North America!
Encouragement for Other New Types of Reactors
Pursuing the unlimited energy dream – history of the Integral Fast Reactor by Rod Adams of Atomic Insights
Len Koch, whose participation in nuclear energy research started in the 1940s, wrote an open letter to colleagues who are striving to restore interest in the progress that they made in research and development of the Integral Fast Reactor during the period from 1954 to 1994, the year that President Clinton and Hazel O’Leary, his Secretary of Energy, zeroed out all nuclear energy research funding and killed the IFR program.
SMR vendors seek $452 million in federal funding by Dan Yurman at Idaho Samizdat: Nuke Notes
The U.S. Department of Energy issued on Jan. 20 a draft Funding Opportunity Announcement that would provide $452 million in federal funds over five years to establish cost-sharing agreements with private industry to support the design and licensing of small modular reactors (SMRs).
The DOE money is expected to be eligible for first-of-a-kind engineering, design certification, and Nuclear Regulatory Commission licensing costs. Also, the reactors must be on track to be licensed by the NRC and in commercial development by 2022.
One U.S. firm, TerraPower, which isn't likely to qualify for federal funding, is in negotiations with the Chinese to build a 500 MW sodium cooled fast reactor demonstration unit. TerraPower said that contrary to media reports, Bill Gates did make substantial progress in his trip to China late last year. Gates is a private investor in the company,
New 130 MWe Lead cooled fast reactor design from Argonne. A superstar. Brian Wang at Next Big Future
China and the Rest of the World
Canadian Nuclear Association Applauds Canada-China Agreement on Uranium Exports by Canadian Talk Nuclear
Prime Minister Stephen Harper's recent trip to China proved positive for Canada's uranium industry. Thanks to the successful completion of negotiations between Canada and China, an agreement has been formalized that will increase exports of Canadian uranium to China. This means more jobs and new investments in Canada, and greater security of nuclear fuel supply for China, which is the world’s largest energy consumer.
Brief profile of the South Korea nuclear programme by Brian Wang of Next Big Future
South Korea, and activity on nuclear restarts in Japan and Germany. The German situation is not clear: they may have restarted coal plants and not nuclear.
Choices: Clean Fuels, Greenwashing, the Sierra Club, and Hiding Behind the Bomb
Clean Fuel by Gail Marcus of Nuke Power Talk 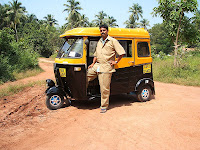 Gail Marcus finds another example of good intentions gone awry. In this case, attempts to use a cleaner fuel prove futile in two-stroke engines in India. The example emphasizes yet again the complexity of energy projections. Simplistic assumptions may give us a distorted impression that achieving some of our energy goals will be easy.
Rent-seeking and Greenwashing: The Case of Sierra Club and Natural Gas by Steve Skutnik of Neutron Economy
The recent scandal over the Sierra Club's acceptance of millions of dollars from major natural gas extraction companies in the service of its "Beyond Coal" campaign highlights not only the inherent conflicts of interest among environmental groups, but the larger problem of rent-seeking in energy markets writ large. Instead of focusing resources on the development of cheaper and more abundant energy sources, producers are instead investing - both directly and indirectly - in ways to kneecap the opposition, gaming the market through regulations, ultimately at the expense of consumers.
Sunny News About Fish and Vermont Yankee by Meredith Angwin of Yes Vermont Yankee
The Vermont Department of Health routinely analyzes fish in the river near Vermont Yankee. When they find trace radionuclides in the fish, plant opponents (including the state governor) become very noisy about the dangers of nuclear power. If plant supporters mention radiation from fallout, plant opponents accuse them of "hiding behind the bomb." Recently, the impasse was broken. The Department of Health analyzed fish from the far north of Vermont, about 150 miles from Vermont Yankee. The northern fish had the same levels of background radioactivity as the Vermont Yankee fish. Angwin includes the history of the trumped-up controversy as well as the fish facts.
What's your Alternative? Steve Skutnik of Neutron Economy
In the realm of nuclear energy, the most effective test of the seriousness of objectors is asking simply, "What is your alternative?" A focus on problem-solving, rather than fault-finding, ultimately moots many of the traditional objections to nuclear.
Wind Power to Nuclear Power Infographic Comparison by Jason Correia at ANS Nuclear Cafe
When wind power is the supposed alternative, you should have a copy of Jason Correia's first-class wind power to nuclear power infographic. It's the a first-in-a-series feature at the ANS Nuclear Cafe. The energy density of nuclear vs. wind makes for a very dramatic comparison -- and Jason Correia provides a very enlightening description and discussion of wind and nuclear in their own right. The infographic can be saved as a beautiful poster-sized .pdf!
Charles Barton is Back On Line at Nuclear Green Revolution!
I want to start with some great good news. Charles Barton, steady advocate of advanced reactors, is back on-line! His new post is truly called Return from the Jaws of Death. Barton has been truly near to death (ten days in a coma) and we are all so glad to see him back on-line and back among the living.
With this wonderful news, I will end this Carnival!
----------
San Diego Fireworks from Wikipedia
AP1000 from Today's Engineer
Autorickshaw from Wikipedia
Posted by Meredith Angwin at 3:22 PM

A wonderful job, as usual, Meredith! And I really like the way you've focused readers on the Vogtle COL issue to give the whole Carnival the proper perspective.

Here's an interesting piece of trivia you can give to your nuclear friends. The Vogtle nuclear station was named after Alvin W. Vogtle. Here' what wikipedia says about him.